Former FSGA champion to represent the USA in Scotland
Monday 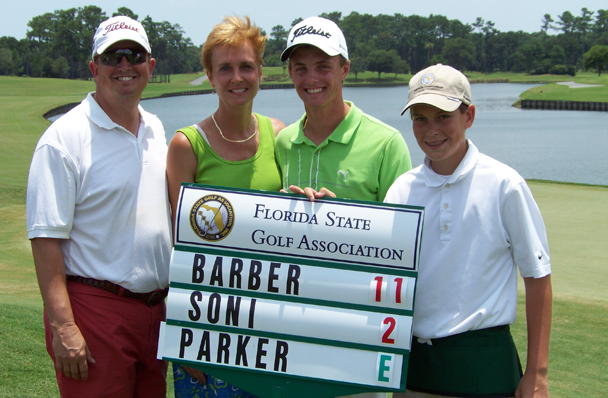 Blayne Barber, one of the most accomplished Florida amateur golfers in recent years, has been selected to represent the USA in the 2011 Walker Cup Matches.

Blayne Barber, from Lake City and currently a junior at Auburn, was on of the last selections to the Walker Cup team. Blayne joins nine other top amateurs to represent the US in the biennial match play competition against the top amateurs from Great Britain and Ireland.

The Walker Cup is conducted every two years, alternately in the USA and Great Britain and Ireland. This year, the Walker Cup is being played at Royal Aberdeen Golf Club in Scotland on September 10-11.