In the second-to-last Winter Series event of the season, three players were victorious at LPGA International. Paul Tesori, Douglas Jones and Bobby Lundquist all claimed trophies in Daytona Beach. 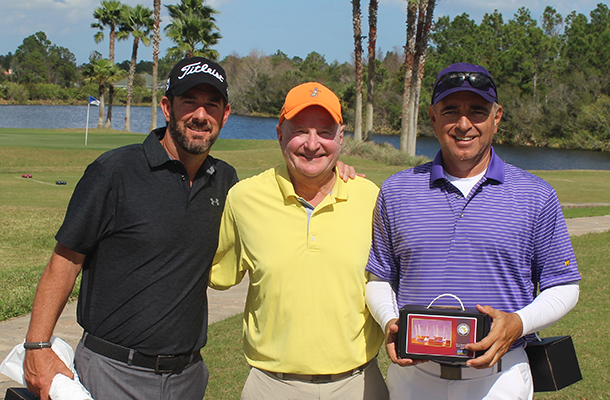 Paul Tesori captured the Mid-Amateur division, posting a 2-over 146 for the two-day event. Tesori was in first place with a five-stroke lead following the first round. He carded an even-par 72 on Monday, the best round of the event.

The Ponte Vedra native shot the low-round of the day on Tuesday, with a 2-over 74. He finished five strokes ahead of runner-up Christopher Anderson. This was Tesori’s fifth Winter Series win and his first since February 2018 at ChampionsGate Country Club.

Douglas Jones was victorious in the Senior Division, posting a total score of 6-over 150. Jones held a four-stroke lead over the rest of the field after the first round at 3-over 75. The Brandon native carded another 3-over 75 to secure the win. He shot the low-round of the event on both days.

Jones finished four-strokes ahead of runner-up Keith Nagy. This was Jones’ second Winter Series win of the season, after he won the event at Laurel Oak Country Club in December.

Bobby Lundquist took home the trophy for the super-senior division on Tuesday, his first Winter Series win since ChampionsGate Country Club in February 2018. Lundquist was in a tie for first place following Monday’s play, after posting an even-under 72 in the first round.

He birdied four holes in the final round to finish with a 1-over 73 and capture the win. The Sanford native posted a total 1-under 145 for the event. Lundquist finished two strokes ahead of runner-ups Jim Carley and Tom Grady.