What to do when you ball moves during your backswing 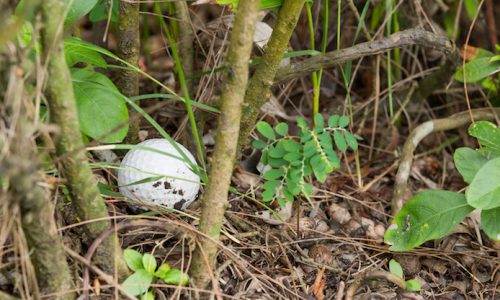 On April 23, a qualifier for the 2nd U.S. Women’s Senior Open Championship was held at The Club at Eaglebrooke in Lakeland. A highly accomplished player had a unique rules situation during the round that she brought to the Committee.

During the round, the player’s ball came to rest against a leaf and a branch of a bush. It was a difficult shot, but she decided to play the ball as it lies. As she began her backswing for the stroke, she accidentally touched the branch, which caused her ball to move. She did not stop her swing; she completed her backswing and made a stroke at the ball advancing it towards the hole. She completed the round and told the Rules Committee the facts before returning her scorecard.

The Rules Committee informed her that she receives a one-stroke penalty under Rule 9.4b (Penalty for Lifting or Deliberately Touching Ball or Causing it to Move). Even though it was an accident, she still gets a penalty for accidentally causing her ball to move.

The Rules Committee further explained to the player that there is no additional penalty for not replacing her ball because the movement happened during the player’s backswing (Rule 9.1b). If the player had stopped her swing, or caused the ball to move while addressing it, the player must replace the ball before making the stroke. If she did not replace it, she would have received a two-stroke penalty.

Fortunately, the player had a great round despite the one-stroke penalty and she qualified for the 2nd U.S. Senior Women’s Open being played at Pine Needles Lodge & Golf Club on May 16-19.