Down to 16 at the Women’s Amateur 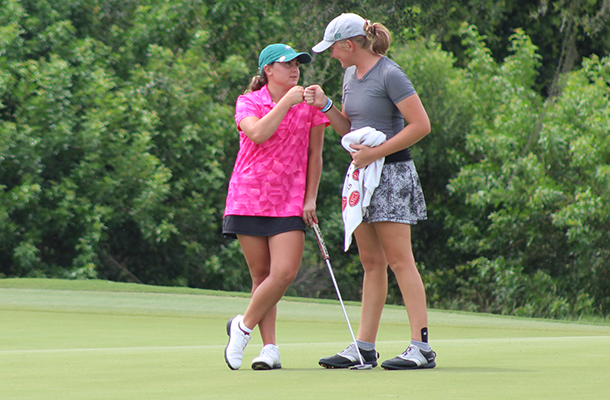 BRADENTON, Fla. –  Only four of the top-10 seeded players remain following the Round of 32 on Friday at the Women’s Amateur Championship at the Ritz-Carlton Members Golf Club. Highlighting the field heading into Saturday’s Round of 16 is medalist, Megan Schofill, and reigning Player of the Year, Chloe Schiavone.

Schiavone advanced after earning an 3 and 2 victory in the morning and a 2 and 1 win in the afternoon.

Hanna Kiefer, who survived a playoff to advance to match play, picked up two wins on Friday to move on to the Round of 16. She will battle Lauren Clark on Friday morning.

It took extra hole for Kaitlyn Schroeder to secure her Round of 32 win. A birdie on the 20th hole sealed the victory for the Jacksonville native, who will play Meiyi Yan in the Round of 16.

The Round of 16 will begin on Saturday morning with tee time beginning at 8 a.m., with the Quarterfinals beginning at 12:15 p.m. Live scoring is available on here. A complete recap with full results will be posted on FSGA.org following the day's play.