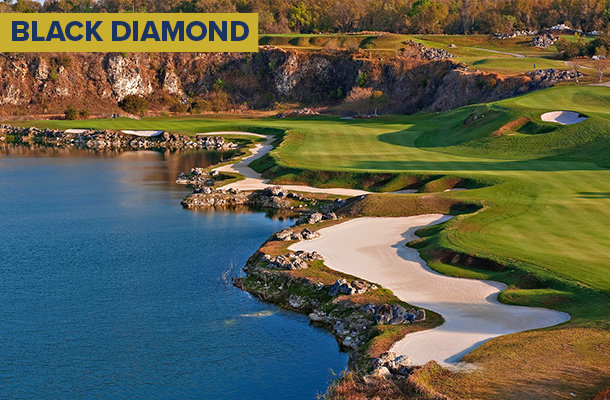 Designed in 1984 by Tom Fazio, Black Diamond Ranch features 45 holes including two 18-hole courses, the Quarry and Ranch Courses, both of which will be in use for the 103rd Amateur Championship.

The Quarry Course, which will play as the main course for the Championship, has garnered national praise and recognition. Following its opening in 1987, Golf Digest rated it among the Top-100 Courses in the United States and third in the state of Florida.  Much of its recognition comes from the five holes surrounding the more than 80-foot deep canyons that make up the quarry.

The Ranch Course is a well-designed golf course that features many differences from the Quarry. A more natural design and blend with its surroundings, it features a fantastic finish with holes 16, 17 and 18, which Fazio has said represents the best three finishing holes he has designed.

Last year, Ben Reichert survived a four-person playoff to raise the trophy at the Loxahatchee Club in Jupiter. 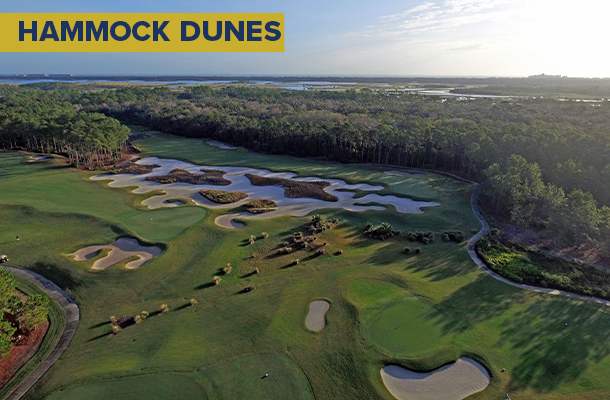 “We are so excited to be hosting the 2020 Women’s Amateur,” Brad Myers, Hammock Dunes Director of Golf, said.  “We plan to have the Links and Creek Courses in prime shape to provide the best test possible for determining the best player in the state.”

The Creek Course, which will serve as the main course for the championship, is designed to be a private golfing experience that keeps the purity of the nature and wildlife that surrounds it. The well bunkered and forest surrounded golf course should provide a great test of golf for the 2020 competitors.

The Links Course was the first course designed of the two and will play as the stroke-play companion course for the 2020 championship. It’s features a newly renovated clubhouse, as well as three holes that overlook the Atlantic Ocean.

Hammock Dunes has played host to FSGA Championships in the past, including the 2013 Four-Ball Championship, the 2018 Florida Cup and most recently the 2019 Florida Open.

The Women's Amateur Championship is the oldest and most prestigious event on the Women's Championship schedule. Past Champions include the names of Cristie Kerr, Meghan Stasi, Taffy Brower and other notables.

Emmy Martin captured the win at the 2019 Women’s Amateur Championship, defeating Elizabeth Moon, 1 up, at the Ritz-Carlton Members Golf Club.

Entries open for next year’s Amateur and Women’s Amateur Championship open on January 15 at 8 a.m.