USGA guidance regarding Rules and Handicapping Guidance During COVID-19 Era 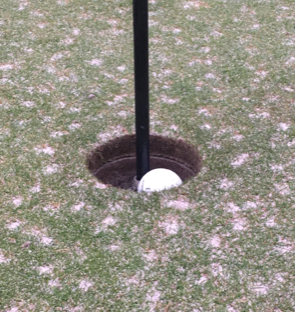 When playing a course with raised cup liners - such that the ball cannot be holed:

May a course remove all flagsticks to minimize the possibility of exposing players to coronavirus?

May a committee introduce a code of conduct that does not allow players to remove (or even touch) the flagstick?

We have removed all bunker rakes from our course to help stop the spread of coronavirus. What options do we have for players who end up in unraked areas?

We are holding a competition, but want to limit how scorecards are exchanged both between players and after the round to the Committee. Do you have any recommendations?


MODIFCIATIONS TO THE HOLE; NOT REQUIRING THAT PLAYERS HOLE OUT

A number of questions have been received that relate to modifying the hole so that players no longer need to reach into the hole to remove a ball to minimize the possibility of exposing golfers to coronavirus.

These have included some courses setting holes so that the hole liner remains an inch or two above the surface of the green while others have placed various objects into the hole or around the flagstick (such as foam pool noodles or plastic piping) so that a ball is unable to fall to the bottom.

While in all of these instances, the ball is not holed per the Rules of Golf (Rule 3.3c), a round played under these conditions will result in an acceptable score for handicap purposes using the most likely score guidelines (see Rule 3.3 of the Rules of Handicapping).

While the most likely score procedure is intended to support certain formats of play where the player is not required to hole out (such as in match play when the player’s next stroke is conceded or in fourball stroke play when a partner picks up), it is also temporarily in effect where the above described safety measures are being used.

When using most likely score, the player should consider the number of strokes most likely required to complete the hole, and determine whether the ball would have been holed or not. Most likely score is at the player's best judgment and should not be used to gain an unfair advantage.

This measure is temporary and in effect within the United States until advised otherwise by the USGA.

The above guidance will continue to be updated.