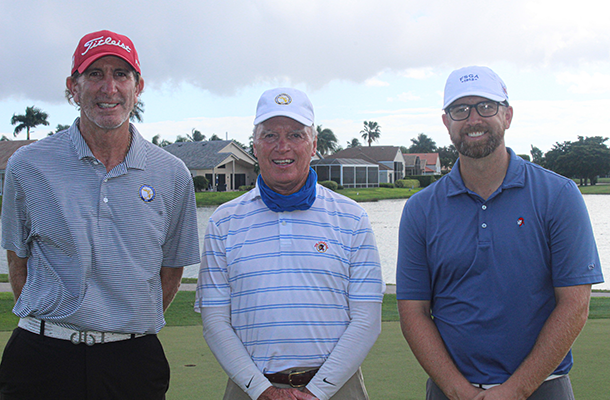 BOYNTON BEACH, Fla. – The 2020-21 Winter Series season kicked off with the first event at Indian Spring Country Club. Indian Spring proved to be a great test for the players over the two-day tournament.

Chester VandenBerg home the win the Mid-Amateur Division on Tuesday, while Joe Shaktman victorious in the Senior Division. Doug LaCrosse captured the victory in the Super-Senior Division.

VandenBerg posted a 1-over 145 to capture the seven-shot victory in the Mid-Amateur Division. The Ruskin native opened the tournament with a first-round 73 on Sunday. He finished the round one shot back of the first-round leader, James Bishop.

VandenBerg began the day with two birdies on the front, making the turn at 1-under for the day. He added a 1-over back side to secure the victory with a final-round 72. Bishop finished second at 8-over 152, after a second-round 80. VandenBerg and Bishop were the only two players in the division to post an even-par or better round.

Shaktman picked up the win in the Senior Division in wire-to-wire fashion, finishing the tournament at 1-under 143. He began the first round with a bogey-free front nine, adding three birdies on the day. Shaktman carded a 2-under 70 on Sunday to take a share of the 18-hole lead.

The Coral Springs native started the final round with three birdies on the front side. He finished the day with a 1-over 73 to earn the one-shot victory. Brian Kennedy finished runner-up at even-par 144, while Eric Ahlborg and David Tassel lied for third at 3-over 147.

LaCrosse fired an 8-under 136 to take home the six-shot victory in the Super-Senior Division. The Tampa native used a first-round 68 to take a three-shot lead over the field. LaCrosse carded six birdies in the first round, birdieing two of his final three holes.

He continued his strong play on Monday, beginning the final round with a bogey-free front side with three birdies. The 2020 FSGA Hall of Fame inductee again birdied two of his final three holes to post a final-round 68 and secure the win.

Jim Stone finished second at 2-under 142, while Steve Sponder finished third at 1-under 143.