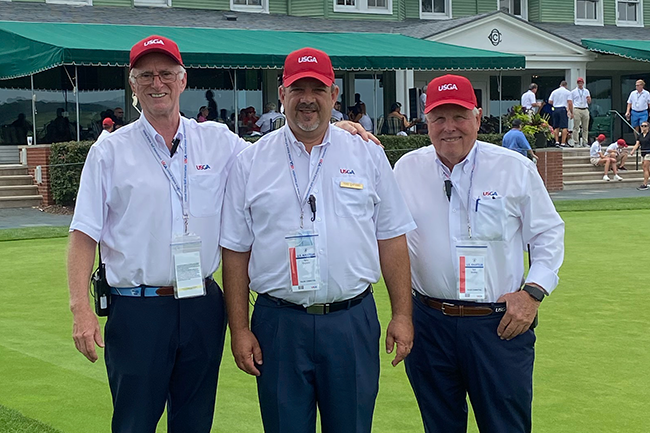 TAMPA, Fla. – Tony Capano, of Pensacola, has been elected to serve as the president of the Florida State Golf Association. The election took place on November 18, 2021 at the Association’s Annual Meeting.

“I’m really humbled,” Capano said. “For a kid who grew up in a town that didn’t have a golf course to be president of the largest golf association in the country is just amazing.”

Born and raised in Revere, Massachusetts, Capano didn’t pick up the game of golf until he was 14 years old. His aunt and uncle were passionate golfers and decided to take him out on the weekends to introduce him to the game.

Capano graduated from Northeastern University in 1988 and joined the Navy as a pharmacist shortly after graduating. A few years after joining, he got his master’s degree at the Naval Postgraduate School in Monterey, California. Next year will mark 35 years with the Navy for Capano, who has been stationed up and down the east coast in his career.

The Massachusetts native made his way to Florida in 2001 and began working at the Naval Air Station Pensacola in the Panhandle. He began volunteering with the FSGA in 2005, and currently serves as a tournament chairman.

“By far my favorite thing about the FSGA is the people that I have met,” Capano said. “The volunteers and staff we have are so amazing and give so much of their time and I am so proud to be a part of the organization.”

Moe Gallant was elected as Vice President, with Tara Joy-Connelly as Secretary/Treasurer. Steve Albright, Brian Keenan and Mike Miller were all elected as Directors-at-Large, with Kevin Hammer to serve as the Immediate Past President.

Members elected to the Board of Directors include: Steve Carter and Jim Weick, while Robert Bechtol, Tama Caldabaugh, Bob Collins and Tom Dudley were reelected.