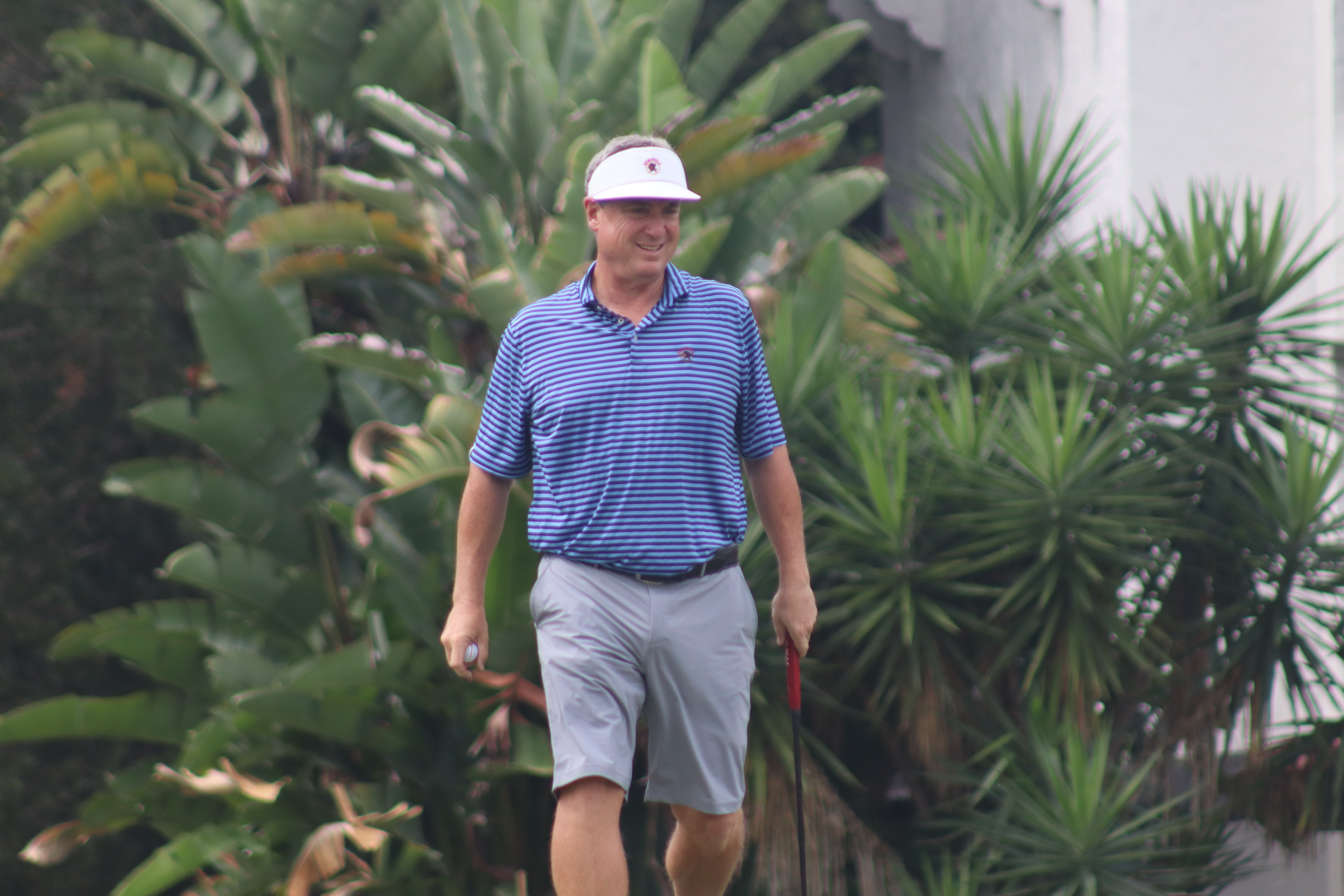 TAMPA, Fla. – It’s been a great year in golf for Mike McCoy. It began with being named the USA Team captain for the 2023 Walker Cup Match in March. He then added to an already impressive resume by capturing his first FSGA victory in April at the 61st Florida Senior Amateur Championship. In July, McCoy traveled overseas where he raised the trophy at the R&A Senior Amateur Championship.

According to McCoy, some of his best golf has come later in life and this year is no different.

McCoy picked up the game of golf at eight years old. While his parents didn’t play, he had some cousins and uncles that did and introduced him. McCoy, who was born and raised in Iowa, grew up not far from a country club, where he started caddying at a young age. From there, he was hooked.

Like so many others, McCoy spent so much of his childhood out on the golf course, competing in junior golf events around the state.

When it came time for college, McCoy headed to Kansas to attend Wichita State University where he was a four-year letterwinnner for the Shockers men’s golf team. He captured two victories in college and helped lead Wichita State to a Missouri Valley Conference championship title in 1984.

After graduating, McCoy went through PGA Tour Q-School twice with no success. There weren’t really any secondary tours at the time and going overseas to play didn’t interest him. So, McCoy decided that professional golf wasn’t for him and began his business career.

“I went into the business world and never looked back,” McCoy said.

As McCoy transitioned into his new career in insurance, he got his amateur status back and began playing in local Iowa Golf Association events. Over the years, he started to have a lot of success at the state level and began to get into national tournaments, including qualifying for USGA championships. 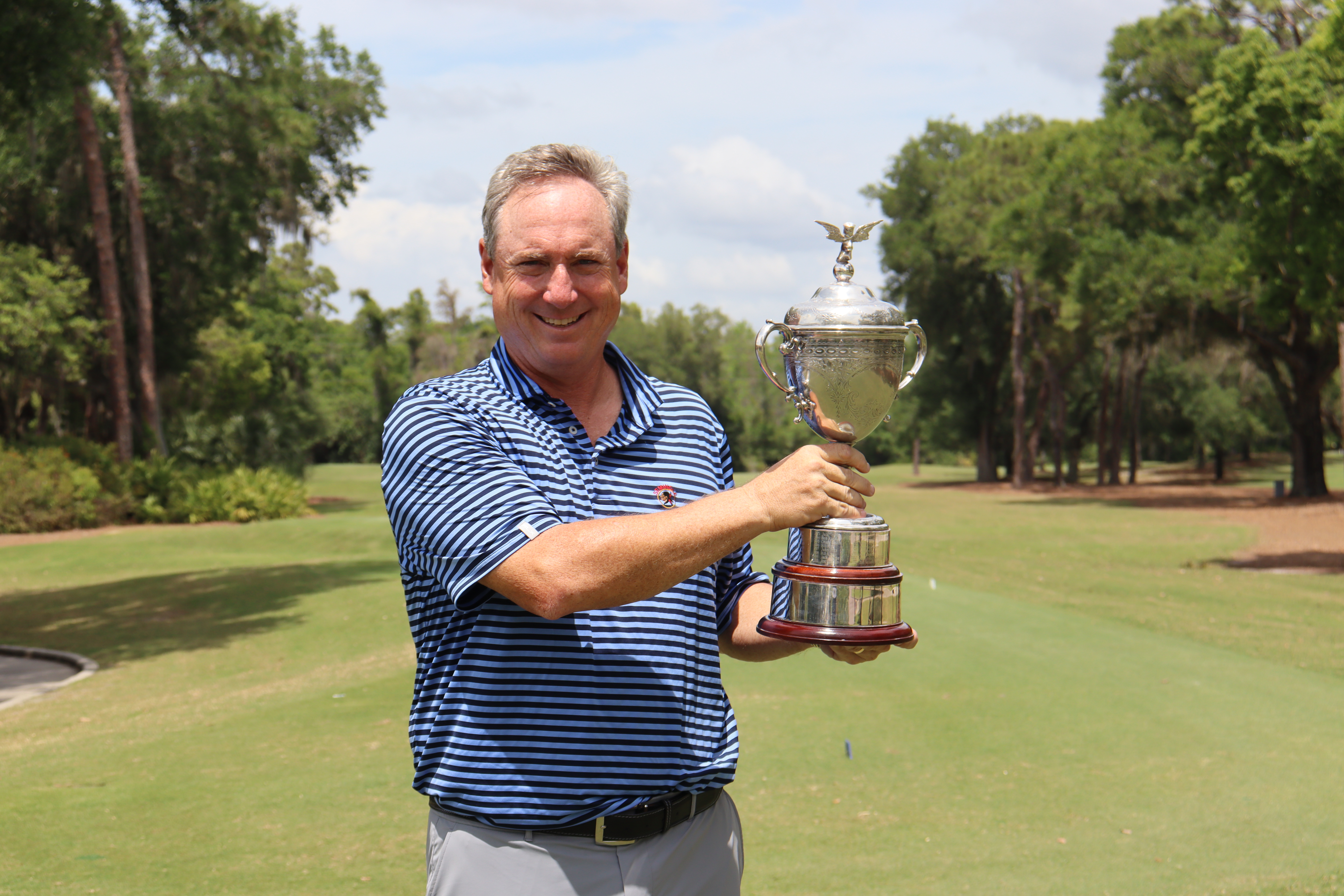 Among all those national championships, it was the 2013 U.S. Mid-Amateur Championship that proved to be a life-changing week for him. McCoy became the second-oldest U.S. Mid-Amateur champion in the event’s history at age 50, when he captured the win in 2013 at the Country Club of Birmingham. He defeated Bill Williamson in the Finals, posting an 8-and-6 victory, the third-highest win margin at the time since the Mid-Amateur went to a 36-hole final in 2001.

“At that point, it was the highlight of my golfing career,” McCoy said. “Everyone dreams of winning a USGA championship. It was a pretty exciting time for me.”

This victory earned him an invitation toThe Masters in 2014, where McCoy was the second-oldest player to make his debut in event history. It also helped McCoy achieve a lifelong dream – making a Walker Cup team.

McCoy had been close in the past, being invited to a few practice sessions, but could never quite get over the hump. His U.S. Mid-Amateur victory paired with some great golf in 2014 and 2015 got him the call for the 2015 Walker Cup team.

“I just didn’t give up, I kept working at it,” McCoy said. “It was two big lifelong goals accomplished with the U.S. Mid-Amateur and Walker Cup.”

Eight years after making his Walker Cup debut, it was announced in March that McCoy will be at the helm when the United State team travel overseas for the 2023 Walker Cup. The 49th playing of the Walker Cup Matches between the United States and Great Britain and Ireland will be held on the Old Course at St. Andrews in Scotland.

McCoy’s goal is to create a great experience for the ten players who will represent the United States. He wants it to be a memorable week for the players and their families and to help them understand what an honor it is to play for their country.

“It’s a tremendous honor,” McCoy said. “It’s one of the highest honors an amateur can receive, being asked to be a Walker Cup captain.”

In April, McCoy added another trophy to his impressive collection at the 61st Florida Senior Amateur Championship at Avila Golf & Country Club. Beginning the final round one shot back of the leaders, McCoy played the first seven holes at 2 over. He rolled in a birdie on the eighth to take a share of the lead and added a birdie the 11th to take the outright lead.

McCoy continued his strong play, birdieing back-to-back holes on the 15th and 16th to extend his lead. Heading to the final hole with a one-shot lead, McCoy finished with a bogey to secure the victory with a final-round 71.

“It was great to see how I stacked up against Florida’s best players,” McCoy said. “It was a great week at Avila, I played well, and I was really happy to get that win.”

McCoy added another impressive win this summer at the British Senior Amateur Championship at Royal Dornoch. He fired a third-round 69 to take a nine-shot lead into the final round and posted a 3-over 283 total and win by seven shots over fellow American Lee Porter.

“I played the round of my life in the third round with the wind blowing 35 or 40 mph all day,” McCoy said. “I just had one of those great days.”

While McCoy has enjoyed so much success in golf, it has always and always will be a way to bond and spend time with his family. His son, Nate, is a great amateur player as well, having won the Iowa State Amateur and Mid-Amateur Championships this year. The father son duo will tee it up together at the U.S. Mid-Amateur Championship in September at Erin Hills.

“It’s pretty special when you have those moments on the course with your kids,” McCoy said.

Looking to continue a great year, McCoy has his eyes on his next USGA championship – the U.S. Senior Amateur at The Kittansett Club at the end of August.

“Golf has given me something to be passionate about,” McCoy said. “I couldn’t imagine my life without golf.”