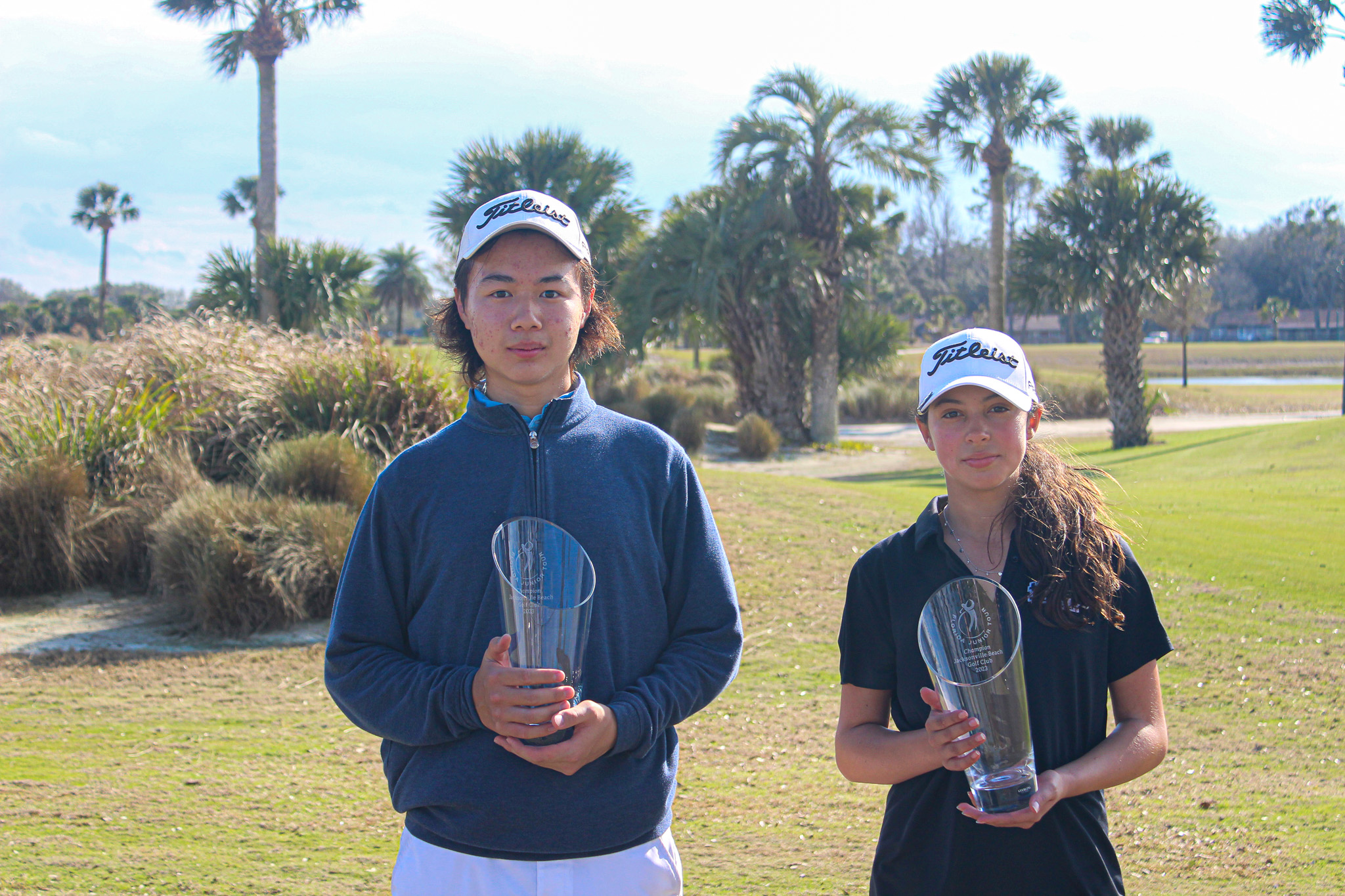 The Saturday forecast brought cold rain off and on all day, which made the playing conditions very hard. Maxwell Vandermolen and Wang shared the lead after the first round carding a 1-over 72. Birdies were hard to come by on Saturday, but Wang managed to card five , while Vandermolen posted an eagle. Miles Russell and Mateo Desmond tied for third place just two strokes off the lead. Russell took the lead early making the turn at 1 under. However, the back nine proved to be the hardest nine on Saturday, and Russell carded a total of 2-over 74 to sit in a tie for third.

Sunday was much sunnier but also much windier. Vandermolen held the lead by two strokes through the first nine. However, Wang carded an even-par back nine on his way to an 18-hole total of 2-over 73 to capture his first FJT victory. Wang explained that he missed celebrating the Chinese New Year with his family, but said that winning his first event on the Florida Junior Tour made it all worth it.

Miles Russell finished the weekend in second place at 2-over 73 and only two strokes from the win.

Alyssa Hardy took the lead after nine holes on Saturday making the turn at 3 over, carding an 18- hole total of 4-over 75 to hold the lead by four strokes after the first round. Elwin and Natalie Angelo sat tied for second on the leaderboard at 8 over heading into the final round.

However, it was Elwin that came back to capture the victory by six strokes on Sunday. Elwin was tied with Alyssa Hardy through nine. She made one birdie on her second nine to secure a 4-over 79 and the win. Elwin delivered great rounds and earned a well-deserved victory. Addison Vogt secured a second place finish carding a tournament total of 18 over.