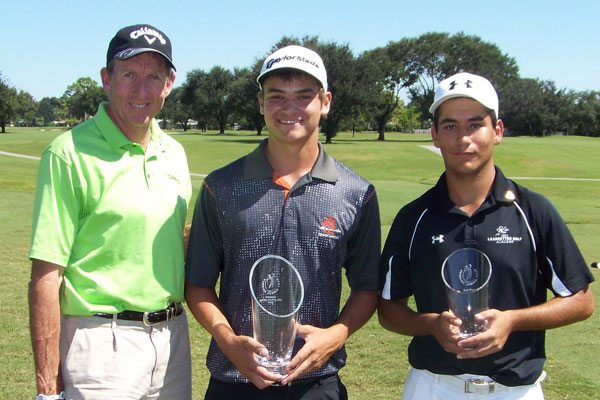 Jake Sherwin, of Cape Coral, came from three strokes back, to capture his first career FJT title. In the first round Sherwin posted a one-over par of round of 73. In the final round, Sherwin would turn with an even par 36 on the front nine. On the back nine Sherwin was even par on the day heading in to the par 5 17th hole, where he would go on to make a clutch eagle to cap off his round of two-under par 70, to seal the victory. 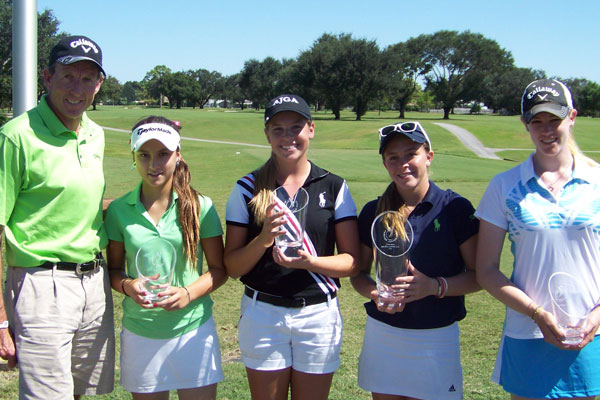 In the Girls 16-18 Division, Ashley Holder, of Orlando, went wire-to-wire for a two stroke victory. Holder fired the low round of the tournament on Saturday with a three-under par round of 69. In the final round, Holder struggled on her front nine with a five-over par 41, but finished strong on the back nine with a one-under par 35, to hold off Sammi Lee.  This is Holder’s 5th career FJT victory.  Finishing second in the Girls Division was Sammi Lee, of Winter Park, who carded rounds of 77-70 for a tournament total of three-over par 147.  Jordan Lippetz, from Bradenton, and Tatiana Pineda, of Gainesville, finished tied for third place with a tournament total of 150.