The Most Often Broken Rule in Golf: How to Properly Drop a Ball (Rule 20-2a)

Rule 20-2a states that “A ball to be dropped under the Rules must be dropped by the player himself. He must stand erect, hold the ball at shoulder height and arm’s length and drop it. If a ball is dropped by any other person or in any other manner and the error is not corrected as provided in Rule 20-6, the player incurs a penalty of one stroke.” 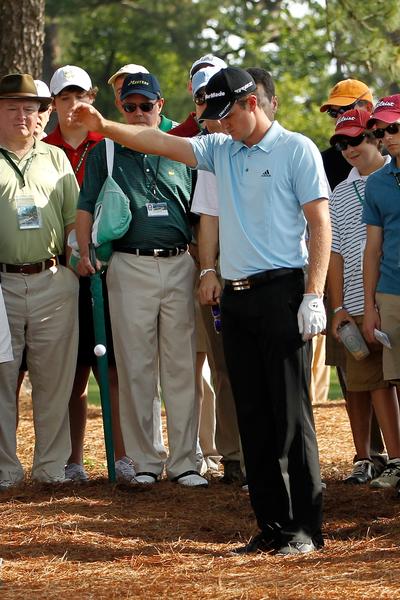 Secondly, three conditions must be met by the person dropping the ball in order for a drop to conform with the Rules:

You may face any direction you wish and hold the ball in front or to the side. As long as the three conditions above are met.

As mentioned earlier, if the ball is dropped by any other person or in any other manner, you still have a chance to correct your error. This is one of the few times in the Rules of Golf that give you a “do over” without incurring a penalty and is covered by Rule 20-6.

Rule 20-6 states that “A ball incorrectly substituted, dropped or placed in a wrong place or otherwise not in accordance with the Rules but not played may be lifted, without penalty, and the player must then proceed correctly. This Rule is sometimes referred to as the “Eraser Rule.”

Remember, dropping the ball is simple if you just follow the Rules of Golf. Knowing the Rules can help you save strokes and enjoy the game of golf.