Your ball may be in the way. Can you please move it?

We’ve all been in the position where someone else’s ball is in the way when you’re trying to putt. But what Rule covers that situation?

The Rule that covers this situation is Rule 22; Ball Assisting or Interfering with Play. It’s an interesting Rule that is often misunderstood. It allows someone to lift his ball or have another ball lifted depending on if it may assist or interfere with his or someone else’s ball anywhere on the course (not just the putting green). In either case, no ball may be lifted while another ball is in motion if its lifting might influence the movement of the ball in motion. 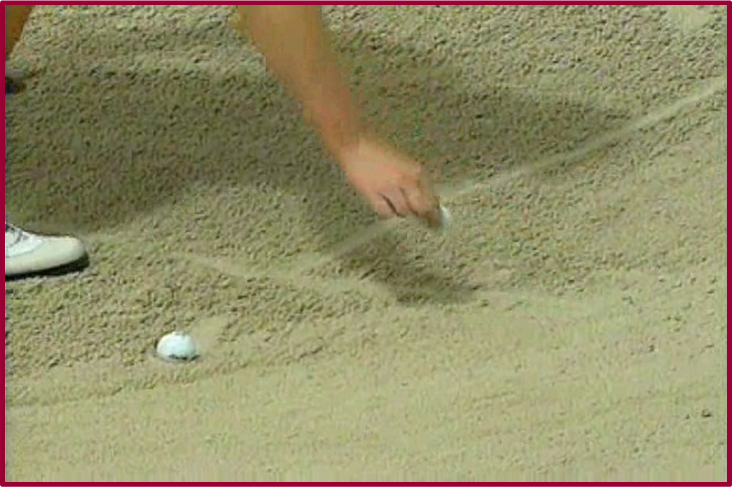 The Rule is broken down into two parts:

In stroke play only (in match play, you cannot play out of turn), the player required to lift his ball may play first rather than lift.

Part 2 (Ball Interfering): On the flip side, if you think a ball might interfere with your play, you may have it lifted. For instance, in match play, both my ball and your ball both lie in a bunker. My ball is away and I would need to step on your ball in order to take my stance. I can ask that your ball be lifted so I would avoid a penalty by stepping on your ball. Additionally, the most frequent case is two balls on the putting green where one is in the way of another. The ball nearer the hole is lifted and moved one or more putter head lengths to the side.

Once again, in stroke play only, the player required to lift his ball may play first rather than lift.

In either case (assisting or interfering), the position of the ball to be lifted must be marked before it is lifted and the lifted ball must not be cleaned except when it is lifted from the putting green.