What's the Buzz All About?

There has been a rash of questions dealing with a couple of Rules of Golf that have come into prominence as a result of the AimPoint® green reading system. The Rules are 16-1a - Touching Line of Putt and 16-1e - Standing Astride or on Line of Putt. Hopefully, I can clarify how these Rules apply.

The nitty-gritty of the Rules follows:

Rule 16-1a – The line of putt must not be touched except: (seven exceptions you can touch the line of putt include....moving loose impediments, addressing the ball, measuring, lifting or replacing a ball, pressing down a ball-marker, repairing hole plugs and ball marks, or moving movable obstructions); and

Rule 16-1e – The player must not make a stroke on the putting green from a stance astride, or with either foot touching the line of putt or an extension of that line behind the ball. 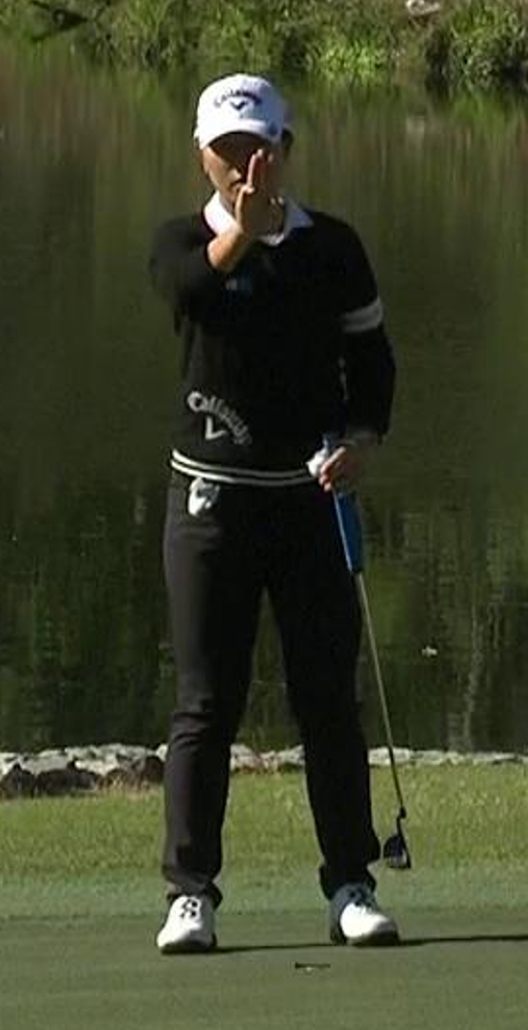 The “Line of Putt” is the line the player wishes his ball to take after a stroke on the putting green. Except with respect to Rule 16-1e, the line of putt includes a reasonable distance on either side of the intended line. The line of putt does not extend beyond the hole.

First, let me say that I am neither a certified instructor nor do I endorse or have anything to do with the Aimpoint® system. I just want to inform all of you how the Rules of Golf apply.

My understanding is that when employing this system to read the green, a player attempts to determine the degree of slope on a putting green through the feel of the weight distribution of his feet standing approximately one pace behind the ball along with visual observation. This is perfectly legal provided that the player does not intentionally step on the line of putt (Decision 16-1a/12) as defined above.

Next, similar to the plumb bob method, a player straddles the line of putt or an extension of the line of putt behind the ball and visualizes the break using the number of fingers equal to the degree of slope. Once again, all fine and perfectly legal.

Here is where the caution comes into play. Literally, watch your step! Do not step on that line of putt or you open yourself up to the general penalty of loss of hole in match play or two strokes in stroke play. Furthermore, it is OK to straddle the line of putt in trying to determine the slope; just not when you are making a stroke. Keep those two points in mind and you are fine according to the Rules.

Remember, use the definitions, index or the table of contents to find the correct Rule that applies to the situation and follow the Rules of Golf to help to enjoy the game of golf.