Why Can't I Use a Different Ball? 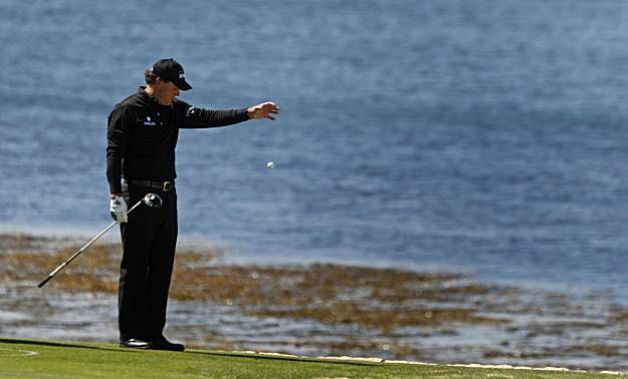 One of the basic tenets of the game is that you start the hole with a certain ball and you finish the hole with that same ball unless the Rules allow you to substitute a ball. Once you finish that hole, you can change to a different ball to begin another hole.

Some Rules, such as the Water Hazard Rule or the Unplayable Ball Rule, allow you to substitute a ball during play of a hole. This is generally done by dropping or placing a ball other than the one you played from the teeing ground of that hole. The reason being is that if your ball is in the middle of a lake or stuck up in a tree, it would be unreasonable to ask you to swim to the middle of the lake or climb the tree to retrieve your original ball.

Also, at times when your original ball may not be immediately recoverable, the Rules will allow you to substitute a ball during play of a hole. For instance, in dropping away from a cart path your ball deflects off the edge of the cart path and into a water hazard or under some steps where you cannot easily retrieve it within a few seconds. You would then be allowed to substitute without penalty.

Another Rule that allows substitution is Rule 5-3; Ball Unfit for Play. In that Rule, if the ball has become visibly cut, cracked or out of shape during play of a hole, you may substitute another ball.

Finally, Ball Lost or Out of Bounds; Provisional Ball (Rule 27) also allows you to substitute another ball when your ball has become lost. That one makes sense for obvious reasons.

Remember, use the definitions, index, or the table of contents to find the correct Rule that applies to the situation and follow the Rules of Golf to help yourself to enjoy the game of golf.