This is the first Player of the Year honors for both players. 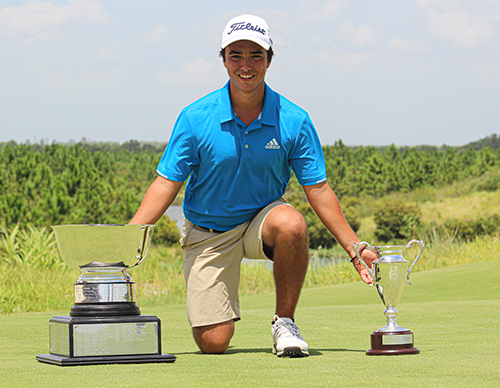 Coelho was honored with the Boys’ Junior Player of the Year award following a breakout 2020 season, that included an FSGA championship win and success on the Florida Junior Tour.

The highlight of Coelho’s season came in July at the Boys’ Junior Amateur Championship. Battling the Black Course at Streamsong Resort, it was Coelho who captured the 66th Boys’ Junior title. He put together rounds of 66-72-68 to finish the championship at 13 under and capture his first FSGA championship.

A week before his Boys’ Junior win, Coelho picked up a FJT victory at Mission Inn Resort & Club. It was his second-career FJT win. He added five other top-10 FJT finishes this season on his way to being named the FJT Points Champion for the Boys 16-18 Division.

The Arizona State University signee had another great FSGA Championship showing in August. Coelho took home a tied-for-fourth finish at the Amateur Public Links Championship, finishing the weekend at 9 under at Southern Dunes Golf & Country Club.

He wrapped up his season at the 103rd Amateur Championship at Black Diamond Ranch. After qualifying for the championship, he finished the tournament at 1 over to earn a top-12 finish. 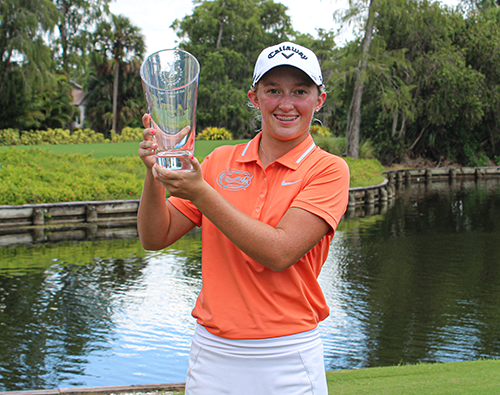 The Lake Mary native earned two FJT wins this season, taking home wins at Stone Creek Golf Club in February and Eagle Creek Country Club in August. Tuttle carded a final-round 66 at Eagle Creek to capture the victory, the second-lowest round in FJT history. She finished the FJT season with five top-five finishes.

Tuttle had a strong finish at the 91st Women’s Amateur Championship in July, taking home a third-place finish at Mission Inn.

The 2022 graduate teed it up at the Florida Women’s Open at Bradenton Country Club in August. Competing against a field of professional and collegiate players, the 2022 graduate secured a tied-for-eighth finish. She put together rounds of 74-68-71 to take home the top-10 finish.