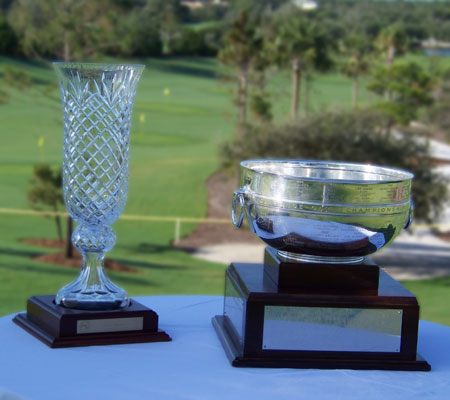 Entries are subject to rejection at any time (including during the event) by the FSGA. The reason for rejection may include false statement of handicap index, improper attire and/or unbecoming conduct, or intentional repeated breach of an FSGA policy. Any person whose entry is accepted shall be subject to the Rules and Conditions of Competitions set forth by the FSGA and the FSGA Code of Conduct.

COVID-19 and Communication with Players, Volunteers and Club Officials

In the event the FSGA learns that any person in attendance at an FSGA event is infected, being tested for, or shows verified symptoms of COVID-19, the FSGA will notify all players, officials, and the club representatives of the facts as known to the FSGA. Individual identification of the person potentially infected or exposed will not be divulged except when absolutely necessary. If a player in a competition is the person potentially infected or exposed, then the players who played with that person will also be individually notified. Further, the FSGA will provide updates to all persons originally notified as to the outcome of any testing or other related information.

Play is governed by the current Rules of Golf and by the Florida State Golf Association's Local Rules and Terms of the Competition.

The competition is final when the trophy has been presented to the winner or, in the absence of a prize ceremony, when all scores have been approved by the Committee.

Additional Terms of the Competition can be found on each tournament's homepage on the FSGA's website and the Notice to Players that are distributed at each tournament.

In order to participate in an FSGA tournament, you must:
a)  be a male or a female amateur golfer, and
b)  be an individual member of the FSGA
c)  have an active FSGA / GHIN Handicap (Florida Member Club or Type 3 online club)

Please contact the FSGA Tournament Staff if you wish to play in any FSGA events while awaiting reinstatement by calling (813) 868-5850, or by emailing tournamentstaff@fsga.org. Players that have applied to be reinstated as an amateur through the USGA and have received notice from the USGA, may play in events under certain regulations:

Residency     (Required for Some Events)

Florida Resident - For purposes of competing in some FSGA competitions, a player must be a resident of Florida (not all events require residency).

Date of Residency - The date for meeting the residency requirement is the first day of the Championship.

All players who enter agree to the follow Assumption of Risk Policy by checking a box on each entry form as part of the entry process:

I hereby agree to the following: Risks - By checking this box and entering this tournament, I accept that there are risks inherent in the game of golf, and I accept personal and sole responsibility for all such risks.

Code of Conduct    Click here for a printable version

Players may be warned, penalized or disqualified for violations of the Code of Conduct (Including violations by their caddies or family members). Further, the FSGA may reject an entry application, revoke an accepted application, expel from the tournament and/or suspend a player from future tournaments if the player, their caddie or family members engage in conduct detrimental to the integrity and image of the game of golf and/or public confidence in the FSGA. Such conduct may include, but is not limited to:

Players in USGA, FSGA or FJT competitions in Florida are guests of the host club and accordingly, players are responsible for the behavior and attire of their caddies and family. Players may face withdrawal of their entry, and possible future suspension for the inappropriate behavior of their caddies or family members. Players, caddies or family members who repeatedly violate the code of conduct, or who are abusive to officials or club staff, may be suspended from attending future events.

Any person whose entry is accepted shall be subject to the Rules and Conditions of Competitions set forth by the FSGA.

The illegal use of drugs or alcohol by players, caddies or family is prohibited. Alcohol should not be brought onto the property. All food & beverage policies of the club should be followed.

Dress Code - Player & Caddies (Before, During and After the Round):

Penalties for Violation of Code of Conduct

Penalties may be assessed based on each individual situation including the severity of the breach and the factors that contributed to the breach occurring.

A player may obtain distance information by using a device that measures distances only. However, if, during a stipulated round a player uses a distance-measuring device that is designed to gauge or measure other conditions that might affect his/her play (e.g., gradient, wind speed, temperature, etc) the player is in breach of Rule 4.3.

Optional restrictions Section 8 of the Committee Procedures are in effect. Model Local Rules G-1 and G-3.

If a player turns professional, he loses any exemption(s) he previously earned as an amateur player with the FSGA.  Exception is the Florida Open Championship.

Events Requiring Qualifying - Players may submit one entry per Championship and choose the site at which they will attempt to qualify. However, if any site requires adjustment (including, but not limited to, the receipt of more entries that can be accommodated), players will be transferred to another site based on their preference listed on the entry application and date of receipt of entry application (i.e. later applicants will be subject to transfer).

The Championship Committee may allow a player who has submitted a complete entry to transfer his/her entry to a different qualifying site. Terms include:

After the entry deadline, entries will be placed on an alternates list in order to fill spots should they become available. Any late entrant that gains acceptance into the field will be subject to a $10 late entry fee.

The Late Entry Policy does not apply to Exempt entries or Championship Pre-Registration fees.

Information concerning practice rounds, course assignment, pairings, starting times, etc. will be posted to the FSGA website at www.fsga.org prior to the event.

Scoreboard Designations - Withdrawals, No Shows, No Cards and Disqualification

In accordance to the 2020 World Handicap System, the FSGA has adopted the following policies for score posting to your GHIN Handicap.

Players who have applied to participate in a FSGA event and wish to withdraw for any reason MUST withdraw through the FSGA website or notify the FSGA Office by email at championships@fsga.org or by telephone at (813) 868-5850 prior to the event. Players who fail to follow this procedure will be listed as a NO SHOW.

A player who does not show up and does not notify the FSGA may, at the election of the Tournament Committee, have their entry rejected for any FSGA event for up to one calendar year.

When inclement weather causes a round to be shortened, the FSGA will do everything possible to complete the Championship in its entirety. In the event that more than 50% of the scheduled rounds are canceled, a partial refund may be provided after accounting for all expenses and overhead related to conducting the competition in its shortened form.

Caddies are allowed in most FSGA Championships; however, a player must not use a parent, step-parent or guardian as a caddie. (See exceptions below and the cart restrictions in the next section)

The cost of cart fees for Championships and qualifying is included in the entry, exempt or qualifying fee. Competitors who qualify for the Amateur, Open, Amateur Match Play, Senior, Four-Ball, Senior Open, Boys Junior, and Mid-Amateur are also required to pre-register and pay a championship fee, which includes all cart/course and range fees for the competitive rounds of the Championship. Only participants may ride in carts. Caddies may not ride in a cart regardless of the availability of seating. There will be a maximum of two carts per group and a maximum of two people in a cart at one time. Each player’s golf bag must be on the cart and players must ride.

Junior Championships: All players must walk and carry their own clubs. Pull carts are permitted if course policy allows. Use of a caddie is prohibited. Based upon availability, spectators may be authorized to rent carts, but must follow the published policy (available on site).

The FSGA encourages the use of push/pull carts whenever walking is required or is an option. Electric push carts are permitted. When a club does not allow push carts, the players will be notified in advance by the FSGA. To prevent injury during the use of shuttles to transport players between holes, players must follow the published policy which prohibits pulling the carts behind or beside a golf cart.  Push carts must be safely attached to the golf cart for transportation. (Click here).

It is a condition of the Florida State Golf Association that shoes with traditionally-designed spikes (regardless of composition, i.e., ceramic, plastic, etc.) or spikes, regardless of design, comprised either entirely or partially of metal (when such metal comes in contact with the surface of the putting green) are prohibited. Penalty for breach of this condition: Disqualification.

By participating in FSGA Events you grant the FSGA and those acting with the FSGA, permission, authority and the permanent rights to use your name or likeness for publicity and promotional purposes.  Participants understand that all Media, including film, photographic prints, audio or digital files are the exclusive property of the FSGA.  Participants in FSGA events waive their rights to inspect or approve all media produced by the FSGA and those acting on the FSGA's behalf.  Participants waive their permanent rights to compensation for use of their name and likeness by the FSGA.

If a flighted round is not completed by the entire flight, the flighting will be ignored for the purposes of prize distribution.

The official time will be maintained at the starting tee(s) only.

All checks returned due to insufficient funds will carry a $30.00 service charge.