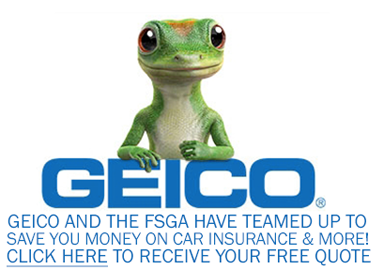 Handicapping & The Rules of Golf

How the Rules of Golf and Your Handicap Work Together

The USGA has received many inquiries regarding whether rounds played with equipment that does not conform to the Rules of Golf are acceptable for handicap purposes.

The USGA’s long-standing policy according to the World Handicap System is that scores made using non-conforming clubs or balls are not acceptable for handicap purposes.*

The USGA recognizes that it is a player’s choice whether or not he adheres to the Rules of Golf. While the USGA cannot ensure that all players use only conforming equipment, the integrity of the World Handicap System relies on a single set of Rules and uniform equipment standards to predict accurately a player’s potential ability and designate an appropriate Handicap Index®.

It should be noted that over time the World Handicap System has allowed a few exceptions that promote the inclusion of some scores that are not played strictly according to Rules of Golf. These exceptions represent an effort to make it easier to obtain scoring data needed for formulating an accurate Handicap Index®.

The use of preferred lies or winter rules is not endorsed nor interpreted under the Rules of Golf. But a Local Rule denoting the existence of such a practice is included in the Rules of Golf for the benefit of local Committees faced with adverse course conditions. Scores made under preferred lies or winter rules will be posted for handicap purposes unless a club’s Handicap Committee determines that conditions are so poor that such scores should not be posted.

In stroke play, a player is required under Rule 3-3c to hole out at every hole. However, in some special forms of stroke play (see Rules 21 & 23) there are instances where holing out is not a requirement. When a player fails to hole out, in either stroke play or match play, the World Handicap System requires data that is reflective of what transpired that will help in predicting potential ability. Rule 3.3 of the Rules of Handicapping manual states: "When a player starts a hole but does not hole out for a valid reason, subject to other provisions set out within the Rules of Handicapping, the player must record their most likely score or net double bogey, whichever is lower, as appropriate for the situation and depending on the format of play."

Adminstrative Error of Handicaps in a Match Play Competition

The following is an opinion from the USGA and may help you resolve this issue in a Match Play Competiton.

How should this be resolved?

The results for the first 9 holes stand, with the possible exception that if a player incorrectly received a stroke on the 9th hole.  The players would be correct in making this adjustment before starting the 10th hole, or if they cannot agree on what to do, the opponent could request a ruling if neither player had hit a tee shot on the 10th hole. The handicaps for the second 9 holes should be adjusted to reflect the correct handicaps. If the error was not discovered until after the match was final, the result would stand unless the player knew his or her handicap was too high. If the player who had a higher handicap on the scorecard knew of the error at some point before it was discovered by the other player and failed to inform the other player, he or she could be disqualified under Rule 1.2a by the Committee.

Administrative Error of Handicaps in a Stroke Play Competition

Please use this LINK and view Clarification 2

"Mulligans" are a relatively frequent occurrence on the golf course. But they are not recognized under the Rules of Golf.  The World Handicap System doesn’t want to eliminate a round that has seventeen holes of valid scores if a "mulligan" was played on a single hole. So, for handicap purposes, the hole score made with the mulligan is tossed out and replaced with a hole score that is not considered out of the ordinary for the player, based on his Course Handicap. The player’s score is posted as net par.  This is computed as par plus or minus any handicap strokes the player should receive, on the hole(s) in question. A player with a Course Handicap of eighteen receives a stroke on every hole, so that particular player’s hole score would be par, plus the one stroke, or a bogey.

* The USGA provides a list of non-conforming driving clubs within the Equipment section of its web site at http://www.usga.org/equipment/conformance/Conforming-Club---Ball-Lists. The Association publishes twice annually a booklet of conforming golf balls. But a golf ball not included in that booklet is not necessarily a non-conforming ball.. All balls (including ‘x-out’ balls whose identification markings have been obscured) are assumed to be conforming unless they obviously fail the test for size (may not be less than 1.68 inches) or weight (shall not be greater than 1.62 ounces). Decision 5-1/4 from the Decisions on the Rules of Golf states: "In the absence of strong evidence to suggest than an ‘x-out" ball does not conform to the Rules, it is permissible for such a ball to be used."

*This information was reprinted with permission by the USGA.