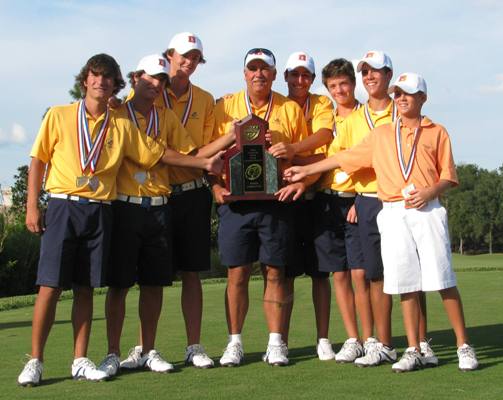 The state of Florida has 659 high schools. Approximately 450 of those schools have golf programs. The schools are divided by population into two Classes- Class A (student populations from 22-1271) and Class 2A (student populations from 1272-4071). Both Class A and Class 2A are broken down into 16 Districts.
In Florida the high school golf season is in the fall. The season starts in early August and ends the first week in November. High school matches are typically 9 holes and are usually played on weekdays after school. The District and Regional tournaments are 18 hole competitions and the State Finals is a 36 hole event.
To decide the state champions in each Class, teams compete within their District where the top four teams and two low individuals (not on one of the top four teams) advance to the Regional Tournament. Within each Class there are eight Regional Tournaments. Two teams from each Regional Tournament and the low two individuals advance to the State Finals. At the State Finals approximately 96 junior golfers compete in each of the four classes. The Florida State Golf Association is in charge of the on-course tournament administration for the FHSAA State Golf Finals.