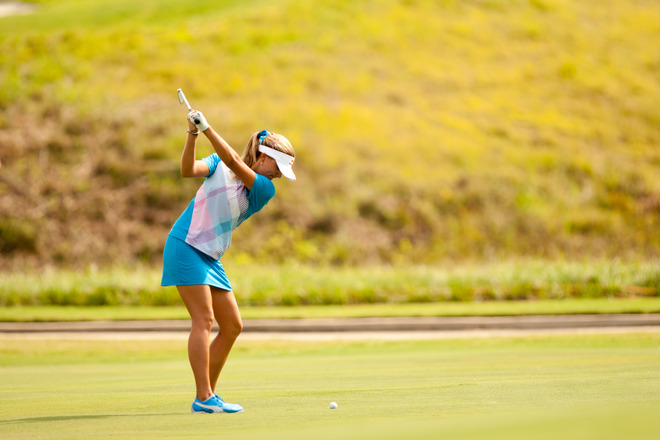 Playing in the Navistar LPGA Classic in Capital Hill, AL, Thompson shot rounds of 66-68-67-70--271 (-17) for a five shot victory over Tiffany Joh. During the awards ceremony Thompson announced she will donate $20,000 of her $195,000 first prize check to the tournament's official charity, The Wounded Warrior Project.

Thompson joined the FSGA's Florida Junior Tour at just 10 years old after receiving a special exemption into the 13-15 age division. She won the second event she played in and never looked back. Thompson went on to win five FJT events in a row against girls up to five years older than she. At 11 years old she moved up to the 16-18 age division and won the 54-hole Fall Major on Disney's Palm Course against a very strong field of top juniors playing at 6,000 yards.Thompson then moved on to the national level and dominated on the AJGA and also won the US Girls' Junior Championship.