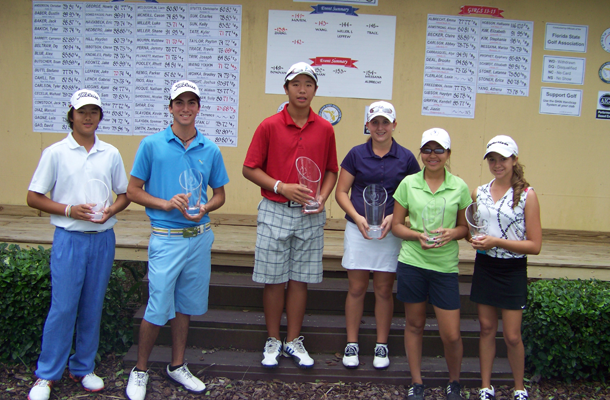 Andy Zhang, of Kissimmee, carded an impressive final round four-under par 68 for his second career FJT victory. Zhang posted a first round two-under par 70, to share the lead with Jake Leffew, of Vero Beach.  In the final round Zhang would go on to make six birdies with just two bogeys for his round of 68, to win by three strokes. Matthew Mourin, of Miami Lakes, finished alone in second place with a tournament total of three-under par 141. Robin Wang, of Lake Mary, finished in third place with a tournament total of one-under par 141.