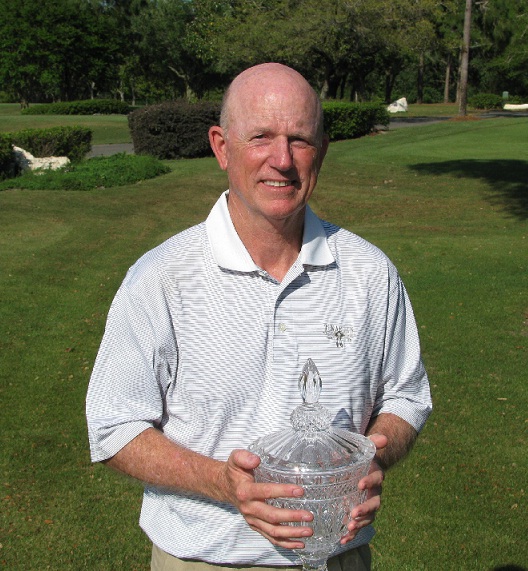 Jim Carley, the 2011 Senior Champion, impressed the stong field of seniors with a 68 in the first round. Carley's four under par round gave him a 4-shot cushion ahead of Thomas Slater and Ken Couturier heading into the final round. In the final round, Carley, of Ormond Beach, coasted in with a 78 on the very difficult Quarry Course at Black Diamond Ranch. The Defending Champion, Thomas Slater, of Vero Beach, finished in second place two strokes behind Carley with rounds of 72-76. Ken Couturier, of Melbourne, finished alone in third place with a tournament total of 151.

In the 70-74 age division, Walt Martin, of Saint Augustine, held onto his first round lead to take the title. Martin fired 74-78 for a 152 total and two-shot victory over Ron Audi, of Ocala. Audi posted back-to-back rounds of 77 to take home second place honors. Brian Sachs, of Newberry, and Jim DuBois, of Coral Springs, finished tied for third place with a tournament total of 156.

Bill Feehan, of Marco Island, came back in the final round with an impressive 73 to claim the 75 & over age division. Feehand trailed Ron LeClairby six shots heading into the final round, but fired the best round of the day by four shots to take home the title. Roger Little, of Morriston, finished in second place after rounds of 80-77.