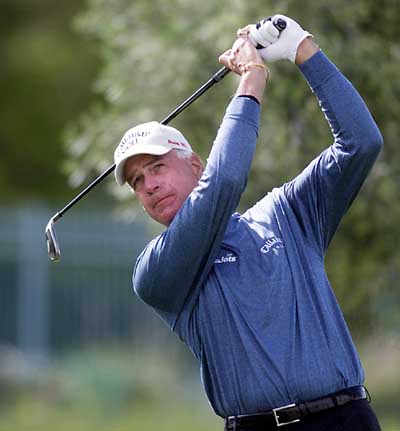 Bruce Fleisher of Miami shot a three-under-par 69 for a 272 total Sunday to win the $40,000 Florida PGA Open by four strokes.

Larry Rinker of Stuart was tied with Fleisher on the 13th hole but faded to finish four strokes back at 276.

"I got lucky because I didn't really hit the ball well," Fleisher said. "About the ninth hole, I really thought Rinker would catch me."

Amateur David Peoples of Orlando was third at 73-277. Gordon Jones of Windermere finished at 280. Robbie Gilmore Jr. of Atlantic Beach and Dallas Apelgren of north Palm Beach were at 281, followed by Bob Duval of Jacksonville at 282.

Tied at 283 were Richard Bassett of Miami Lakes, Sam Trahan of Cocoa, James Weeden of Deerfield Beach and Gary Baker of Miami.