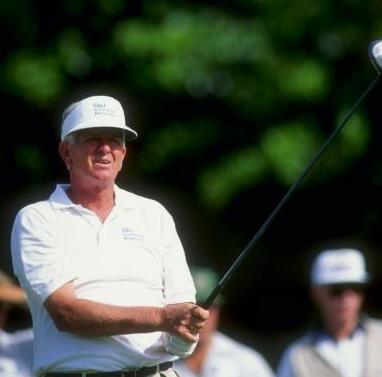 Larry Mowry birdied three holes in a row and five of the first eight in Sunday's final round at Sandpiper Bay to win the Florida Open for the second time in five years with a 17-under-par 271.

Mowry, 46, of Winter Springs, had a 5-under 67 on the Sinners course to finish two strokes ahead of 23-year-old Brian Claar of Tampa. Claar had led by three strokes but had a final round of 7- for 273.

After missing a five-foot birdie on the first hole, Mowry birdied the next three from two, 15 and seven feet to take a lead he never relinquished. He added birdie putts of 18 and 20 feet at the seventh and eight holes.

David Canipe of Orlando and Ron Terry of Tampa tied for third with 276, shooting 74 and 75 respectively, the final round. Kim Young of Orlando closed with 70 277 for fifth place.

Scott Dunlap of Sarasota was the tournament's low amateur with 278 and was tied with Paul Oglesby of Orange Park for sixth place. Each had a final round of par 72.

Rick Hartmann of Venice and Roger Calvin of Deltona shot 71 and 72 and were tied for eighth at 279.