Privett had huge influence on golf in Palm Beach County

One of the many challenges executive director Ken Kennerly faced when he took over the Honda Classic in 2007 was finding a volunteer chairman to round up and oversee the small army that plays a huge role in what since has become one of the PGA Tour’s most high-profile events.

He didn’t have to look far to find Mallory Privett.

“Right away, I made him the volunteer chair, because of who he is and what he represents to the game of golf,” Kennerly said. “What he gives back to the game of golf is phenomenal. It wouldn’t be where it is in South Florida without Mallory’s dedication and hard work.” 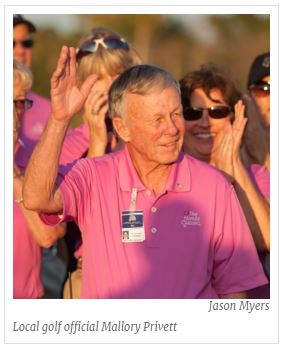 Privett, 78, has been a fixture at USGA and FSGA (Florida State Golf Association) events for 22 years, and he’ll be missed when the U.S. Open Southeast Sectional is staged June 8 at the Bear’s Club in Jupiter as he continues his battle against bone marrow cancer.

Kevin Murphy, general manager of McArthur Golf Club in Hobe Sound, spent 15 years as head pro at Bears Lakes Country Club in West Palm Beach. He always knew if Privett and wife Boo showed up to run an event - be it anything from a local FSGA qualifier to PGA Tour Q School, which was held at Bear Lakes in 2001 and 2009 - he wouldn’t have to worry.

Born and raised in Selma, Ala., where he developed the gentlemanly Southern drawl that remains a big part of his personality, Privett was introduced to the game by his father. The elder Privett encouraged his son to work as a caddie at Selma Country Club. After earning a degree in mechanical engineering at the University of Alabama in 1958, he headed to Palm Beach County to take a job at Pratt & Whitney.

Between community involvement - he served as mayor of North Palm Beach for several years - work commitments and family life, he didn’t have time for golf, but did take the opportunity to volunteer when the Grand Slam of Golf came to PGA National in 1981. From there, he went to the PGA Senior Open, also at PGA National, where he served as volunteer vice-chairman for 12 years and chairman for another six. 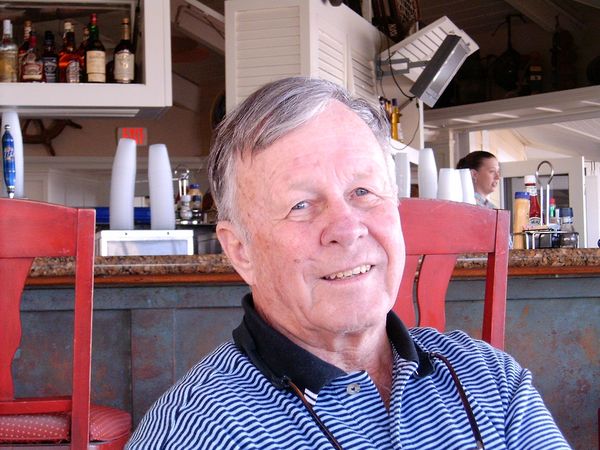 Retirement in 1992 gave him an opportunity to play the game and he excelled at it, winning the PGA National senior club championship and the Palm Beach Gardens city championship that year. When he came up short in qualifying for the U.S. Senior Amateur, he became intrigued by the job done by rules officials and decided to give it a try. “Initially, I just helped out, but after a year or two they asked me to be the rules chairman for an event in Deering Bay, down south of Miami,” he said. “That was the start of my 22 years, and I’ve done hundreds of them.”

USGA officials noticed, and in 1996, Privett was invited to serve on the U.S. Amateur Committee. He’s since been a rules official at almost every big USGA event, including the U.S. Open, the U.S. Senior Open and U.S. Amateur.

“I have had the privilege of knowing Mallory for many years, and he is an absolute gentleman,” USGA Senior Director of Competitions Mark Hill said. “His knowledge of the rules and ease of manner in administering them on the golf course have always been an inspiration.”

He’s also earned some of the highest scores in the nation on USGA rules tests, recording a perfect 100 twice and 99 three times. A passing grade is a 92.

Privett worked another eight years (2001-08) as volunteer chairman for the ADT tournament when that LPGA Tour event was held at Trump International in West Palm Beach. During that time, he also answered Kennerly’s call to work in the same capacity at the Honda, where he remained through 2012.

“Mirasol (host course of the Honda from 2003-06) didn’t give us a list of volunteers so we almost started from scratch,” Privett said. “I’m very proud of what the Honda Classic has done for the community. They have a terrific volunteer corps.”

Privett, who has been inducted into the FSGA Hall of Fame and Palm Beach County Golf Hall of Fame, remains on the Honda Board of Directors and continues to help organize its three junior events.

“He doesn’t make mistakes,” Kennerly said, “and if he does make one, he beats himself up over it, he’s such a perfectionist. But the only time I’ve seen him disappointed is when Alabama loses a football game.”