The Florida Open is open to PGA golf professionals, amateur golfers, and other professional golfers who meet the eligibility requirements. The 2017 championship received 1049 entries with only 49 of those entries being exempt players. After multiple qualifiers were conducted throughout the state, 107 additional players qualified and were entered into the championship field. In all, 156 players will tee it up Friday morning at either the Quarry Course or the Ranch Course as they attempt to win this prestigious event. 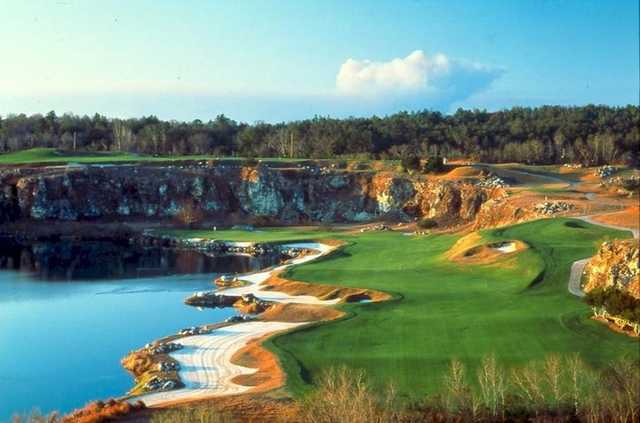 The format of the tournament is a 54-hole stroke play event with a cut after the first 36 holes of competition. Each player will play the Quarry Course and Ranch Course either Friday or Saturday, and those 60 low players and ties who make the cut will play the Quarry Course on Sunday for the final round. In addition to the local qualifying purses, there will be a $100,000 purse at the championship.

Over 100 of the 156 players in the championship's field are professionals, leaving just over 50 amateur players. 2017 U.S. Open participant Andrew Pope is in the field this week, teeing off at 7:50 A.M. Friday at the Ranch Course. Fort Lauderdale Open Champion, Andrew Filbert is also another notable professional in the field as well as South Florida PGA Player of the Year, Alan Morin of Royal Palm Beach. Beginning his Florida Open at 8:20 A.M. on the Ranch Course is North Florida PGA Player of the Year, Rod Perry. There are also 17 professionals that recently participated in the PNC Championship.

A couple of Division One college coaches are in the field this week. University of South Florida Assistant Coach, Brad Caldwell, hopes to keep the successful USF summer going with a good finish this week after one of his players, Cristian DiMarco, won the 100th Amateur Championship last month. The other college coach in the field this week is University of Florida Head Coach, J.C. Deacon of Gainesville. Both coaches will join their players this week on the course, but as competitors.

Back to defend his title is Caleb Johnson, who won the Florida Open not only in 2016 but 2014 as well. Two other past champions will join Johnson this week, Rod Perry, the 2011 champion, and Joe Alfieri, the 2003 champion. Additionally, two players that won the Amateur Championship are in the field. 2015 Amateur Champion and USF player Jimmy Jones, Jr. and the 2014 champion and Liberty University golfer Gabriel Lench will be teeing off the Ranch and Quarry Course, respectively on Friday.

Three Mid-Amateur Champions hope to add Florida Open Champion to their resume this week as well. Robert Bechtol, the defending Mid-Amateur champion, Chip Brooke, the 2016 champion, and Thad Hudgens, the 2014 champion, all tee off Friday on the Quarry Course.

The most recent FSGA champion in the field this week is the 63rd Boys' Junior Amateur Champion: Fred Biondi. Biondi won the Boys' Junior last weekend at Bent Pine Golf Club after shooting 14-under par for the championship, break the all-time scoring record in the 16-18 division, and becoming just the third individual to win both the 13-15 division and 16-18 division in consecutive years.

The average age of the field for the Florida Open is 32 years old with the most experienced player being 2016 Senior Player of the Year, Peter Wegmann. There are less than ten teenagers playing in this event with the youngest being Leopoldo Herrera who is just 15 years old.

The Florida Open is one of the most prestigious events in the state of Florida with past champions such as Bob Murphy, Gary Koch, Charles Owens, Bruce Fleisher, John Huston, Dudley Hart, and Bart Bryant.

Live Scoring will be available throughout the duration of the tournament. Spectators and media are encouraged to attend as the top professional and amateur golfers battle it out to become the 71st Florida Open Champion.