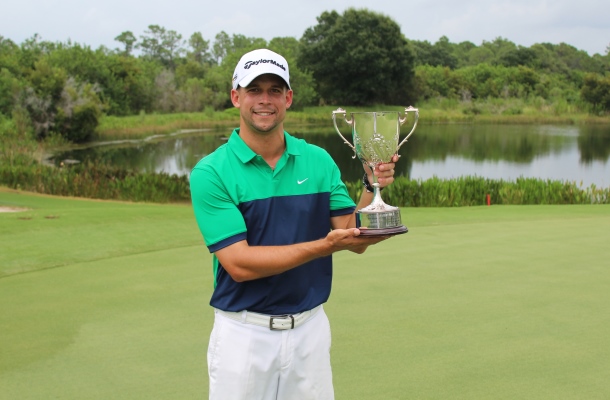 This year, the championship received just over 300 entries and non-exempt players attempted to qualify through their local qualifying sites. With six qualifying sites set up throughout the state, only the best of the best earned their ticket to Southern Hills Plantation to compete for the coveted Amateur Match Play title. Play begins Thursday with an 18-hole stroke play qualifying round to determine seeds for the Round of 64. Following the stroke play round, the Round of 64 matches will begin Friday morning with the Round of 32 beginning immediately after the morning matches finish. Those advancing to the "Sweet 16" will begin their matches Saturday morning and those eight who advance will tee it up in the quarterfinals in the afternoon. The semifinals and final matches are scheduled for Sunday morning and afternoon, respectively.

One of the twelve players that were exempt from qualifying is defending champion, Christopher Carlin.The 25th Amateur Match Play Champion and Nova Southeastern Head Coach is back after defeating Eric Grimes of Naples 3 & 2 to clinch the title in 2016. Carlin tees off at 8:54 A.M. off the first tee with 2015 U.S. Mid-Amateur Runner-Up, Marc Dull and former Stetson University golfer Dustin Dingus. Playing two groups behind at 9:12 A.M. off of the first tee is the gentleman that lost to Carlin in last year's final, Eric Grimes. Grimes is looking for redemption this year and will begin his match play champion quest Thursday with reigning Player of the Year and 2001 Amateur Match Play Champion, Joe Alfieri. Besides Carlin and Alfieri, the only other past champion in the field is T.J. Shuart who won the championship in 2015. Shuart leads the tournament off with the first tee time Thursday morning at 8:00 A.M. off of the tenth tee with Mark Connelly of Niceville. The average age of the players in the championship is 28 years old. The youngest competitor this week is 17 year old, John DuBois while the most experienced player teeing it up this week is Bob Mathers.

Live Scoring will be available throughout the duration of the championship via fsga.org. Spectators and media are encouraged to attend and watch some of Florida's best amateur golfers compete at Southern Hills Plantation Club for the 26th Amateur Match Play Championship.