Many still in hunt for the Championship title 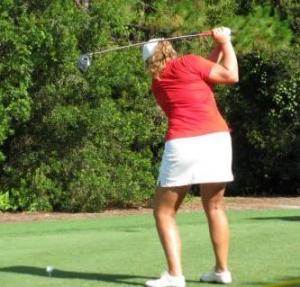 Ericka Schneider, of Bradenton, extends her lead at the Women’s Stroke Play Championship after round two. The final round of the Championship concludes on Sunday, July 8th. Schneider, who will be a senior at Ole Miss this fall, fired a two-under par 70 to extend her lead by three heading into the final round on Sunday. She had three birdies and only one bogey. Fifteen year old Dylan Kim, of Winter Garden, came from behind with an impressive second round score of 69 to put her in second place and only three back from Schneider. In third is Kristine Odaiyar, of Ocala, who just recently got back from a successful trip at the US Women’s Amateur Public Links where she advanced to Round of 16 matches.

Cristy Vandenberg, of Jupiter, also extends her lead over in the Field Division First Flight with an eight-over par 80.  Debbie Mook-Sang, of Valrico, came into second place with a solid round of 77 with two birdies. Both Susan Levin, of Jupiter, and Barbara White, of Orlando, share third.

In the Field Division Second Flight, Debby Davis, of Apopka, now is in the lead by one over Kolby McWilliams, of Tallahassee. Davis made two birdies throughout her round and continued her consistent play from day one.