Logan Underwood & Lauren Clark jump out of the gate fast and never look back. 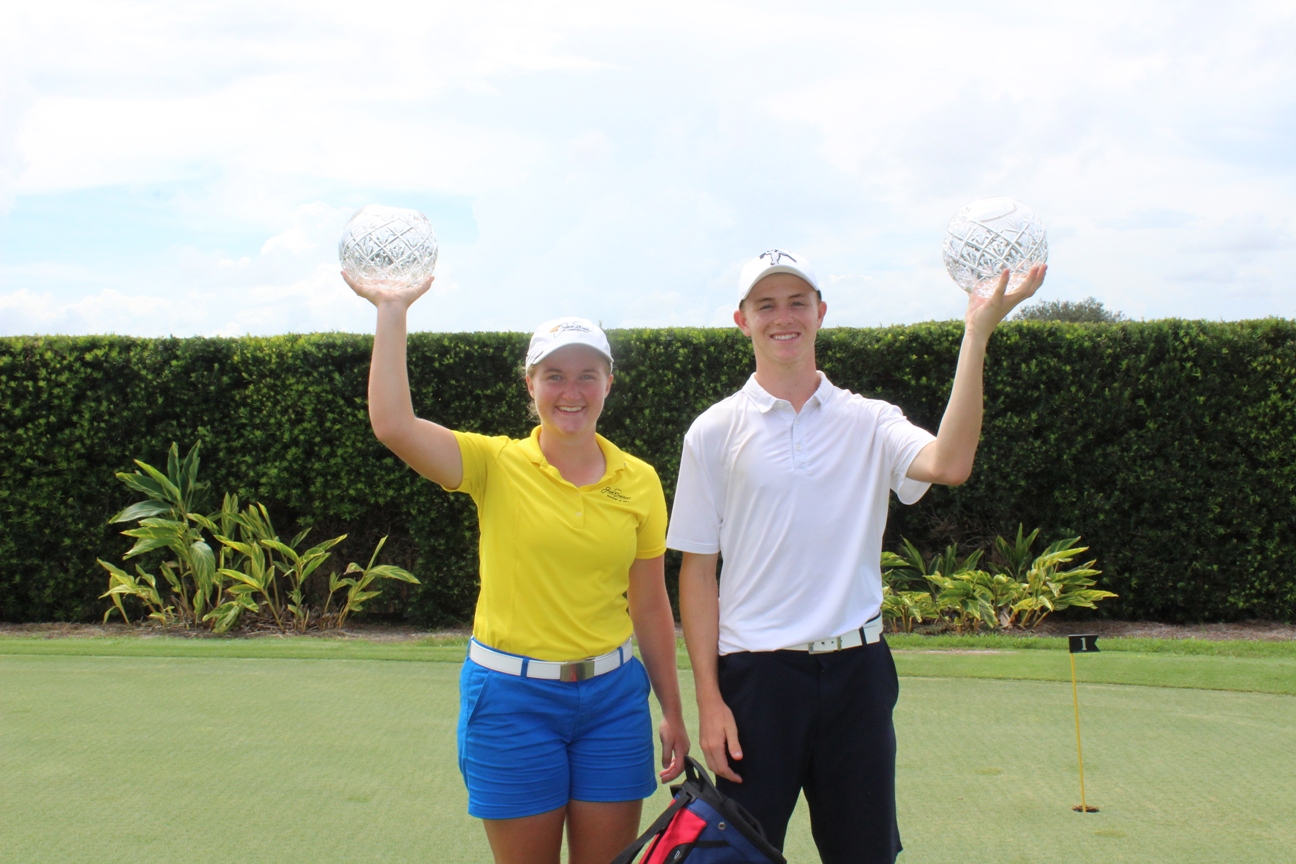 Looking for her second Florida Junior Tour win in 2018, Lauren Clark, of Orlando, was a woman on a mission. Her opening round of 69 (-3) was the only red number on the girls leader board all weekend. Heading in to Sunday's final round, Clark held a four shot lead over Wyndom Burnett. Lauren would play her final nine holes in 1-under par as she locked in the win. Her six shot victory is the largest win in the ladies 16-18 division of the 2018 season. Tying for second place was Ariel Yu (76-74--150) & Wyndom Burnett (73-77--150).

This was Lauren Clark's third Florida Junior Tour victory in the last eleven months. She is making her case to be one of the favorites at the year end FJT Tour Championship.

Like the girls division, the champion from this fine group of gentlemen jumped out to an early lead and never looked back. Logan Underwood, of Saint Augustine, fired a tournament low 67 on Saturday to take command of a very competitive round 1 leader board. Six other players were able to break par and stay on the heels of Logan. Sunday proved to be the same story for Underwood. He followed up the opening round 67 with a very respectable 1-under par 71. The six other players in red numbers all went backwards on Sunday as all of them posted a score above par. Will Davis captured two impressive rounds of 72-69 to claim second place while Cooper Smith's 69-73 was good enough for third.