Turner Leaves Field in the Dust

Scott Turner gets better each day as he wins the 10th Mid-Amateur Stroke Play Championship. 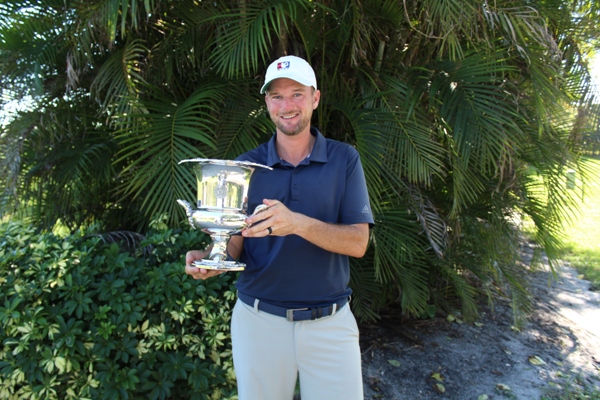 One hundred and thirty one mid-amateur golfers (ages 25 & up) teed it up in the 10th Mid-Amateur Stroke Play Championship held at The Seagate Country Club on October 12-14, 2018. All players would play thirty six holes of golf and the field would be cut to the low 60 players and ties for the final round.

A competitive first round was overshadowed by mother nature. As the afternoon wave made the turn, the skies turned dark. A heavy thunderstorm would end play for the day on Friday, October 12th. Play resumed on Saturday morning and saw many players having to play between 20-25 holes. As round one completed, Kevin Kasprzyk would hold a one shot lead with an opening 68. Scott Turner, Ron Davis, and Tim Vickers sat one shot back with opening 69's.

After the Friday afternoon storm, the weather couldn't have been better for the weekend. While most of the round 1 leaders would fall back towards the field, there was one man that got better as the tournament developed. Scott Turner improved on his first round score by firing a second round of 4-under par 68. Heading in to Sunday's final day, he led by four.

Much of the same from Scott on Sunday. Clearly the best player in the field over the weekend, Turner again improved on his score by one. His three rounds of 69-68-67--204 gave him a six shot victory in very impressive fashion. The low round of the tournament came from the second place finisher, Daniel Eggertsson. His final round of 65 (7-under) was highlighted by a hole-in-one on the 163 yard par 3 third hole.