The United States Golf Association has named past FSGA president, Tom Dudley, the 2019 recipient of the Joe Dey Award 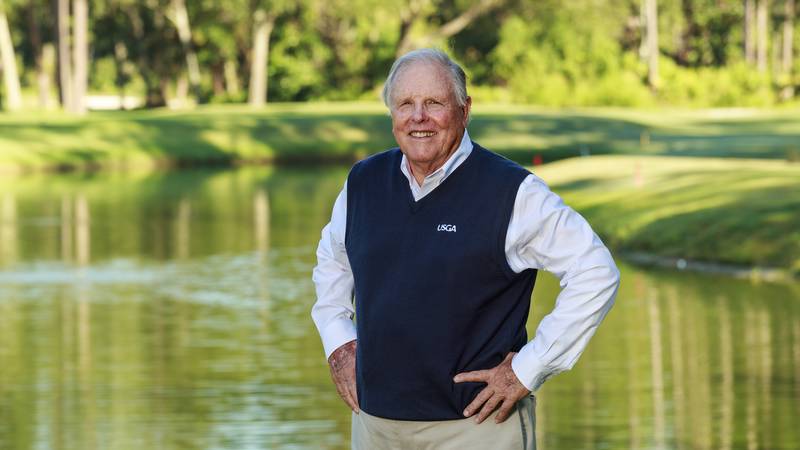 LIBERTY CORNER, N.J. – Tom Dudley, of Jacksonville, Florida, was named the 2019 Joe Dey Award recipient, the United States Golf Association announced on Thursday. Dudley is a very active rules official and committee member of the Florida State Golf Association and served as the association’s President in 2008 and 2009.

The Joy Dey Award has been presented annually since 1996 to recognize an individual’s meritorious service to the game as a volunteer. The award is named for Joseph C. Dey Jr., who served as the USGA’s executive director from 1934-1969 and became the first commission of the PGA Tour in 1969. Dey was inducted into the World Golf Hall of Fame in 1975.

“Tom is a great friend to golf in Florida and he has unselfishly served the players of our game and the FSGA for decades. Tommy loves helping others, and he is so much fun to work with that he makes every day better. The FSGA is exceptionally proud of Tom and we are lucky to have him in Florida.,” said Jim Demick, FSGA executive director.

A member at Timuquana Country Club, Dudley served as the general chairman for the 2002 U.S. Senior Amateur Championship at his home club and has played a big role in the club’s hosting of the 2019 U.S. Women’s Amateur Four-Ball Championship, to be played April 27 – May 1, 2019. Dudley was also the president at Timuquana from 1999-2002 and is a member of the Greens Committee and the Board of Directors.

“I have been honored to meet so many incredible people – like Joe Dey, P.J. Boatwright and others – and it is the camaraderie in golf that I’ve loved the most,” said Dudley.

In addition to serving as the FSGA president, Dudley has worked more than 300 FSGA championship and qualifiers over the past 30 years. The Columbus, Georgia native has been a member of the FSGA executive committee for 12 years and on the Board of Director and advisory board for an additional 14 years.

“Tom’s record of service has touched many people and aspects of the game,” said Fred Ridley, Chairman, Augusta National and past USGA President (2004-05). “He loves the game of golf and has spent the majority of his life giving back. All of us who love the game have benefitted from Tom’s service.”

Dudley, a University of Georgia graduate, has attended 30 PGA-USGA Rules of Golf Workshops, while having been an instructor at 150 local, collegiate, junior and other rules workshops as an instructor. On the Rules test, he has scored a 94 or higher each year since 1994 and has achieved four perfect scores in his career. Dudley has also recently passed the test on the new 2019 Rules of Golf with a 99.

Dudley will receive the Joe Dey award on Feb. 23, 2019, at the USGA’s Annual Meeting and Service Awards Dinner in San Antonio, Texas. The Service Awards Dinner celebrates the leadership, dedication and exemplary efforts of individuals who have devoted their time and talents to serve the game and honors the people whose dedication and outstanding accomplishments have made an important contribution to golf.

“The game has given me the great opportunity to visit some of the most incredible places in the country. It has taught me that golf is a game of integrity and honesty, said Dudley.