The authors of the 2019 Rules of Golf reduced the number of Rules from 34 to 24. One of the ways the Rules were condensed was by combining the Rules on clubs, balls and artificial devices into one, Rule 4 The Player's Equipment. 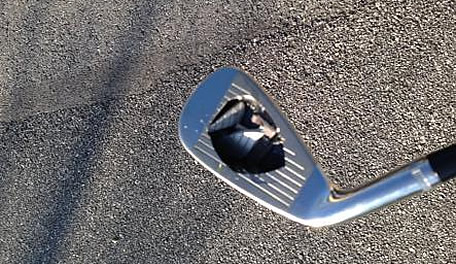 There are many changes in 2019 regarding equipment and below you will find information on all three sections of Rule 4.

The first section of Rule 4 covers the player’s clubs. Clubs must be conforming and the performance characteristics must not be changed or adjusted during the round. Once the round begins, you may not adjust your driver, fairway woods, or any other club that might be adjustable. If a setting or weight becomes loose, it may be repaired to its original state if possible.

Another change regarding clubs is that if you become aware shortly before starting a round that you have more than 14 clubs, you may simply declare which clubs are out of play to get down to 14 or less clubs. You may keep those excess clubs in your position, but turning them updside down or placing them in the basket of the cart might be a good idea.

The final, and possibly the most major change regarding clubs is that if you purposely, or accidentally damage a club you may continue to play with it, attempt to repair it, but you must not replace it. You are stuck with the 14 clubs you started with. If you break a club against a tree during a swing, you may not replace that club during the round. (see pic above of the broke club face - the player would not be able to replace this club during the round, but could continue to use it if they desired to) 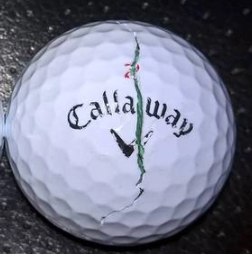 The second section of Rule 4 is on the golf ball. There are no major changes with the ball. The ball must still be conforming (size and weight) and it may be replaced during the play of a hole if the ball is visibly cut or cracked. You may switch balls, including the brand of ball, between the play of two holes provided the One-Ball Local Rule is not in effect.

The third and final section of Rule 4 deals with the use of equipment that a player may use during a round.

Use of Equipment ALLOWED:

Use of Equipment NOT Allowed:

The penalty for using equipment that is not allowed is the General Penalty for the first breach (loss of hole in match play or two strokes in stroke play). The second time a player uses equipment not allowed during a round the penalty is disqualification.

We just one month away until the 2019 Rules come into effect. Please learn the new Rules now to avoid potential penalties next year.