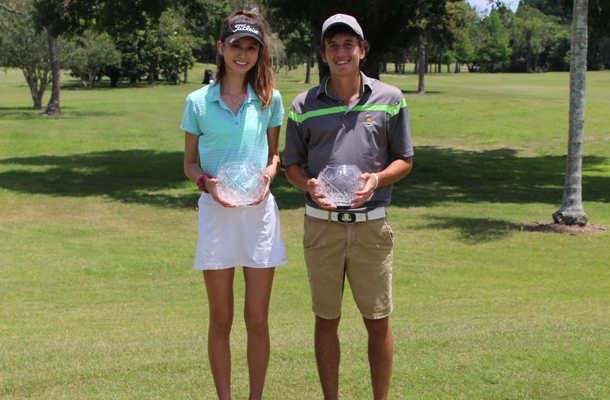 After a second place finish last weekend at Black Diamond Ranch, Lucas Cena continued his exceptional play by claiming his first career FJT win. Cena fired an opening round 68 after carding three birdies in his last three holes. Ryan Moylan was right behind Cena after day one shooting a 1-under par, 71. Andrew Clark had consistent rounds of 73 to share a tie of second place with Kaleb Palm who fired rounds of 75 and 71.

Zeng captured her second career FJT win coming from behind going into round two. Zeng opened her tournament with a 78, five strokes behind round one leader, Wyndom Burnett who fired a 1-over par, 73. Zeng started her second round shooting 2-over par on her front nine and then went on to shoot even par on her second nine. Zeng finished round two with a 74 to ultimately win the title by one stroke. There was a four-way tie for second place as Lauren Clark, Lisa Colee, Skylee Shin, and Wyndom Burnett all had two day totals of 153.