A tradition in Florida for over 30 years, this year's Parent-Child Championship saw nearly 500 players competing in Orlando

ORLANDO, Fla. – Nearly 500 competitors made their way to Orlando this weekend for the annual Florida Parent-Child Championship. The 18-hole championship took place at Celebration Golf Club, ChampionsGate Golf Club and Reunion Resort, while the 9-hole was played at the Walt Disney World Golf. 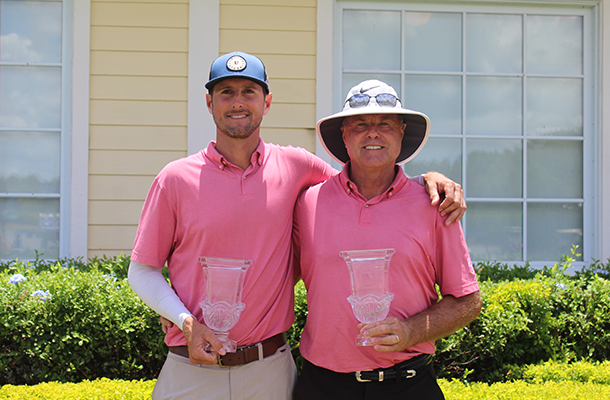 Leonard and Len Schonfeld raised the trophy in the 35 and Over Division with an 8-under 136 for the championship. After rebounding from a double bogey on the first, the duo went on to shoot a bogey-free round with five birdies to card a 3-under 69 in the final round. Tom and Matthew Lyons took home second place with a 6-under 138, carding four birdies and an eagle in the final round. Gary and Justin Onorati shot a final-round 4-under 68 to take third place with a 4-under 140 for the championship. 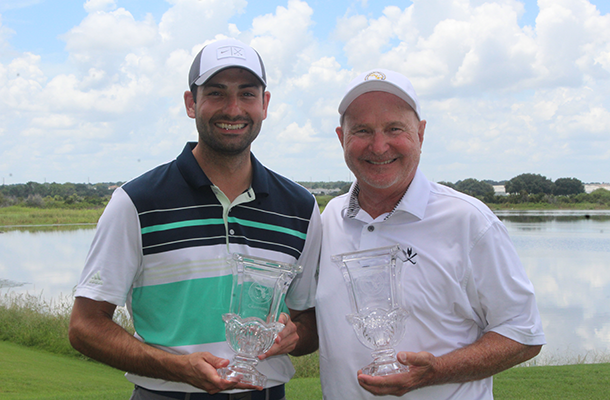 Bobby and Trey Lundquist came out on top in the 24-34 Division with a 7-under 137. The pair fired a 8-under 64 in the first round, finishing the day bogey-free with eight birdies. They secured the championship with a 1-over 73 in the final round. The Lundquist duo finished the weekend three strokes ahead of the field. The teams of DJ and Don Vintilla and Jerry Young and Kyle Laux finished the championship in a tie for second place at 4-under 140. 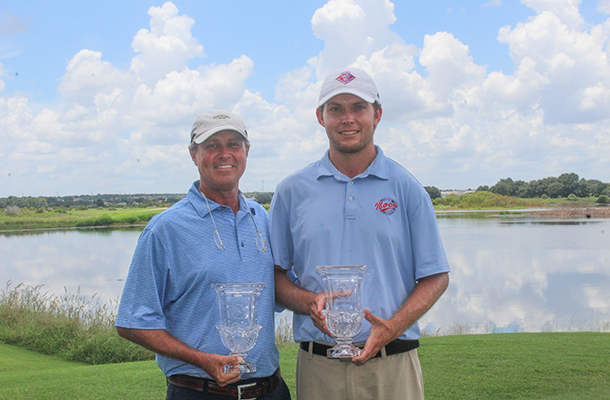 For the second year in a row, Chad and Chase Ibbotson were crowned champions at the Parent-Child, winning the 17-23 Division with an 8-under 136. The team went on a birdie run in the final round, birding five of six holes on the front nine. They finished Sunday with a 3-under 69. Joshua and David Perna took home a second place finish with a 4-under 140, while three teams finished in a tie for third place with 2-under 142 for the championship. 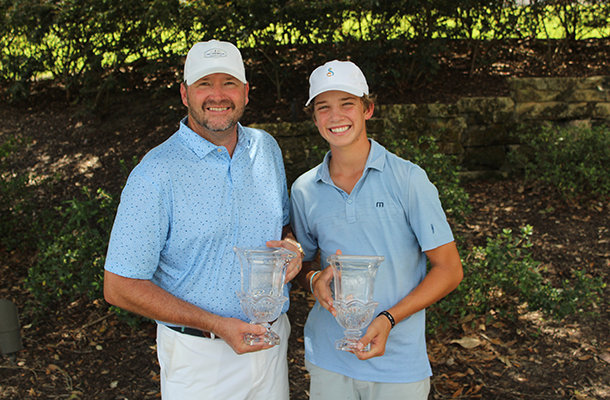 Carson and Clayton Brewer fired a 10-under 134 to capture the 16 and Younger Division. The pair used a bogey-free final round on Sunday to hole off runner-ups, Louis John and Louis Giovacchini, by one stroke. The Brewer team posted the low round of the championship in the first round with a 6-under 66 with seven birdies. They followed that up with a second-round 4-under 68 to secure the championship. The Giovacchini duo finished the championship with a 9-under 134, while Stefan and Jesse Daley took home third place with a 8-under 136.

The nine-hole parent-child tournament was played at the Oak Trail course at Walt Disney World Golf. Using a stableford scoring method, the three divisions, 6-7, 8-9, & 10-12, competed in nine holes each day. 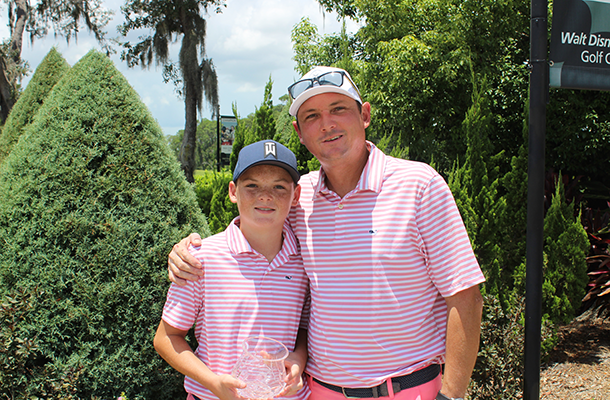 Griffin and Kevin Henry captured the 10-12 Division with 60 total points. The duo used a bogey-free final round to secure the championship by one point. Mark and Sean Adamczyk finished in second place with 59 points, while Thomas and Addison Charlton took third place with 58 points. 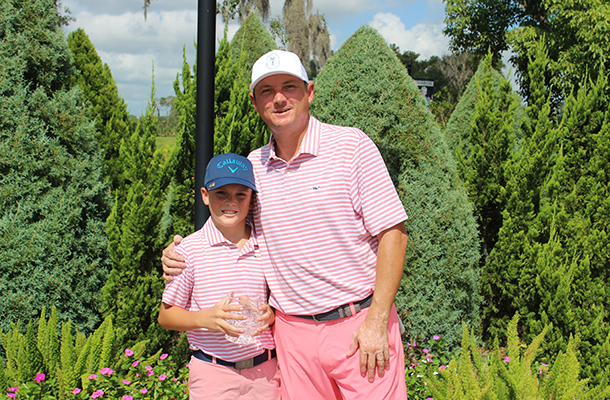 Jack and Kevin Henry used an impressive 62 points to win the 8-9 Division. Securing the victory with two rounds of 31, the pair posted five birdies in the final round to finish nine stroke ahead of the field. Two teams finished the day in a tie for second place with 29 points: Jack and Andy Green and Colby and Seth Strickland. The duo of Green carded an eagle in the first round of the championship on par-5 fifth hole. 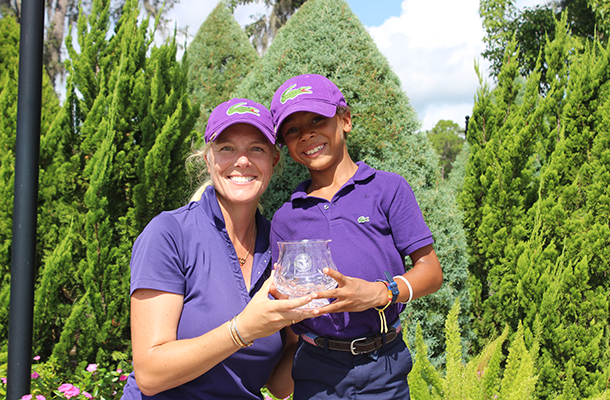 Axel Monssoh and Marie Arnoux were victorious in the 6-7 Division, finishing the championship with 57 points. The team was in first place after following the first round. Monssoh and Arnoux carded four birdies on Sunday to claim the victory by 11 points. Logan and John Breedloce finished in second place with 46 points and last year’s champions, Anne and Patrick Creavy, took home third place with 43 points.