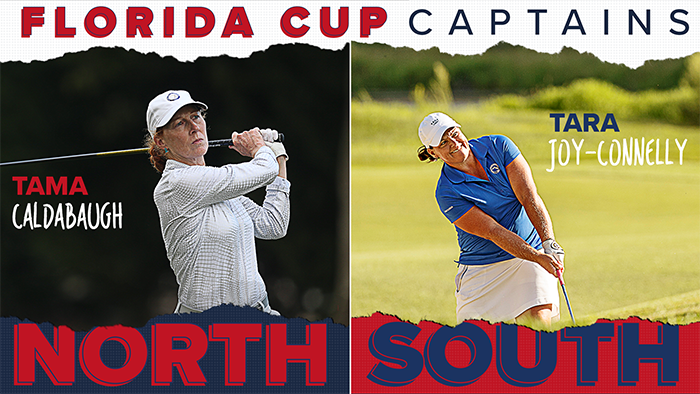 TAMPA, Fla. – Tama Caldabaugh and Tara Joy-Connelly will serve as captains of the North and South teams, respectively, for the 2019 Women’s Florida Cup in Tampa. Both Florida Cup veterans will hope to lead their teams to victory later this year.

The Women’s Florida Cup will be held October 20-22 at Tampa Palms Golf and Country Club in Tampa. Two sixteen player teams, representing the North and the South of Florida, will compete in this Ryder Cup style format.

Caldabaugh, the 2015 FSGA Women’s Senior Player of the Year, will be leading the North team, as she competes in her fourth Women’s Florida Cup.

The Jacksonville Resident advanced to match play at the 2018 U.S. Senior Women’s Amateur.

Playing in her third Florida Cup, Joy-Connelly will captain the South team. The Vero Beach resident was named the FSGA Amateur Player of the Year in 2015 and is a four-time FSGA champion: 2015 Women’s Amateur Stroke Play, 2015 Women’s Mid-Amateur, 2013 and 2014 Women’s International Four-Ball.

Five players from the North and South teams will be announced on September 5.