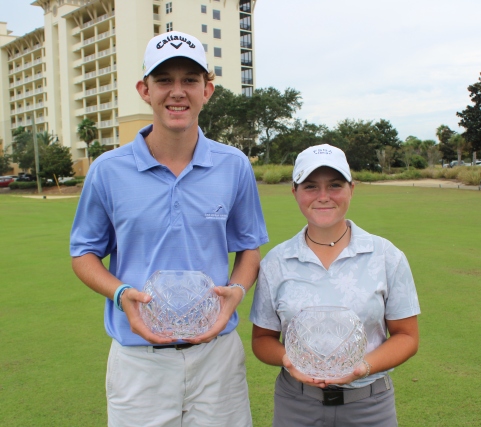 Boys 16-18
Andrew Riley, of Saint Johns, carded two rounds of 70 to capture the outright lead for his first FJT win! Riley and Parker Bell, of Tallahassee, tied for the lead, by one stroke over Parker Milam, after round one 70’s. The second round started with a birdie for Riley who finished his final nine holes with four birdies for a 32 and two under-par 140 finish. Bell struggled through the middle of his final round to post a 81 and finish in seventh place at 151. Parker Milam, of Miramar Beach, held onto second place with three birdies in round two to finish with a 74 and 145 total. Riley earned a five stroke victory to claim a spot in the Tour Championship in December.


Girls 16-18
A come-back second round from Madison Tenore, of Destin, secured her first FJT win of 2019. Chaewon Jeong, of Doral, carded three birdies in route to a round one 75 and the early lead by one stroke over Mi Li, of Orlando. Tenore, who posted a round one 79, played with determination in the final round. Five birdies in round two allowed Tenore to post a final round 71, eight strokes better than her first round. A final score of 150 crowned Tenore champion by one stroke! Li remained in second place, finishing with a 75 and 151 total. Two consistent 78’s led Yeji Lee to a third place finish at 156. 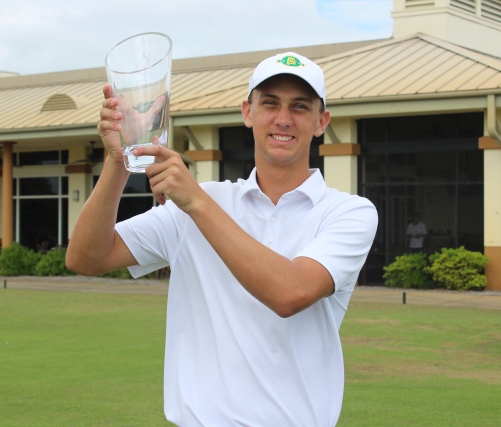 A wire-to-wire first-time FJT victory was claimed by Jack Hundley, of Panama City Beach. Seven strokes separated Hundley from second place after posting a one over-par,72, in round one. Hundley’s second round score of 81 secured his first FJT win by three strokes at 153. Brody Stevenson, of Saint Augustine, erased an eight stroke deficit to climb into second place with a round two 76 and 156 total. Starting round two tied for second, Ariihau Faana, of Lake Mary, finished in third place due to consistent rounds of 79 and 158 total. 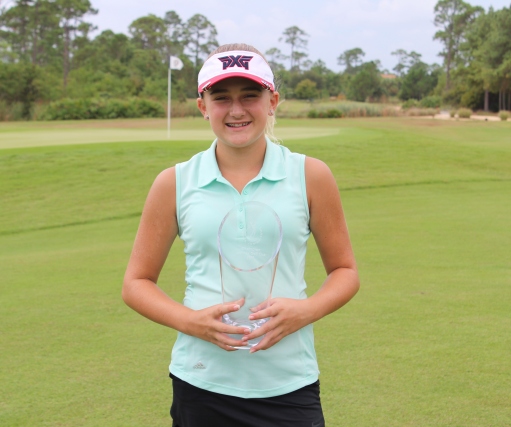 Girls 13-15
Gianna Clemente, of Warren, OH, earned her first FJT win in the 13-15 division in wire-to-wire fashion by 12 strokes. Clemente posted an impressive three birdies in round one and two to dominate her competition and finish with the win. Two consistent rounds of even par and one over-par secured Clemente’s win at 143. Addison Klonowski and Alexandra Gazzoli tied for second place with a 155 total.