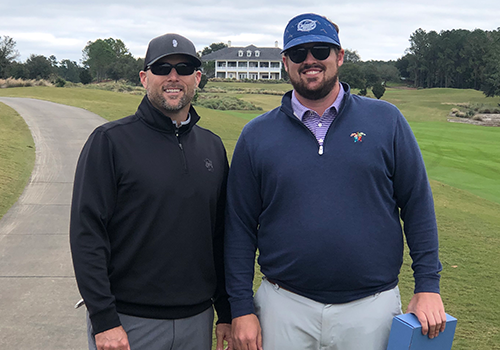 BROOKSVILLE, Fla. – The Winter Series traveled to Southern Hills Plantation Club for the first four-ball event of the season. Southern Hills proved to be a great test for the players over the two-day tournament.

Luke McCann and JP Pearce took home the win the Mid-Amateur Division on Tuesday, while Walter Himelsbaugh and Doug Jones were victorious in the Senior Division. Dick Clemens and Kevin Macy captured the Super-Senior Division.

McCann and Pearce survived a two-hole playoff to get the win in the Mid-Amateur Division at Southern Hills. After the first round, the pair was in a tie for first place with two teams at 1-over 73. The Jacksonville team carded an even-par 72 in the second round to finish the round in a tie for first place with Ken Cocolin and Matthew Giovannelli at 1-over 145. McCann and Pearce birdied the second playoff hole to secure the win.

Cocolin and Giovannelli, who started the day in a tie for fourth place, took home a second place finish. Cocolin aced the par-3 13th hole, as the Ocala duo fired the low round of the day, 3-under 69. Christopher Anderson and Cameron Smith finished third at 2-over 146. 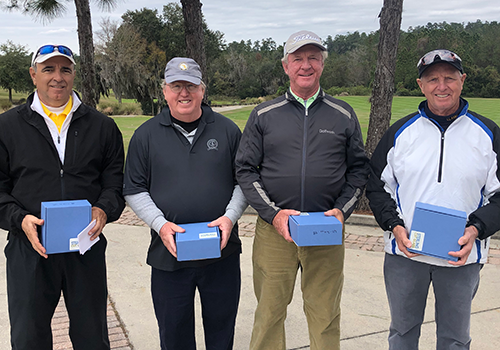 Himelsbaugh and Jones finished the tournament at the top of the Senior Division leaderboard with a 1-under 143, the only under-par round in their division. Following the first round, Himelsbaugh and Jones sat in first place after an even-par 72 on Monday. The pair carded two birdied in the final round to post a 1-under 71 and capture the win.

Richard Kerper and Doug LaCrosse finished second at 1-over 145, while the teams of Len Cole / Cash Wiseman and Brian Coffey / David Tassell tied for third at 4-over 148.

Dick Clemens and Kevin Macy fired a 7-under 137 to capture the two-stroke victory in the Super-Senior Division. The Tampa duo posted a 2-under 70 on Monday to head into the final round at the top of the leaderboard. Clemens and Macy used a bogey-free 5-under 67 in the final round to secure the win, carding five birdies on the day.

Jim Stone and Carey Watson secured a second-place finish with two red numbers for the tournament, 71-68–139. The teams of Bobby Lundquist / Jerry Young and Robert Hess / Fred Peel tied for third place with a 4-under 140