Rules of Golf – Don’t Move That!

Can I move that OB stake? 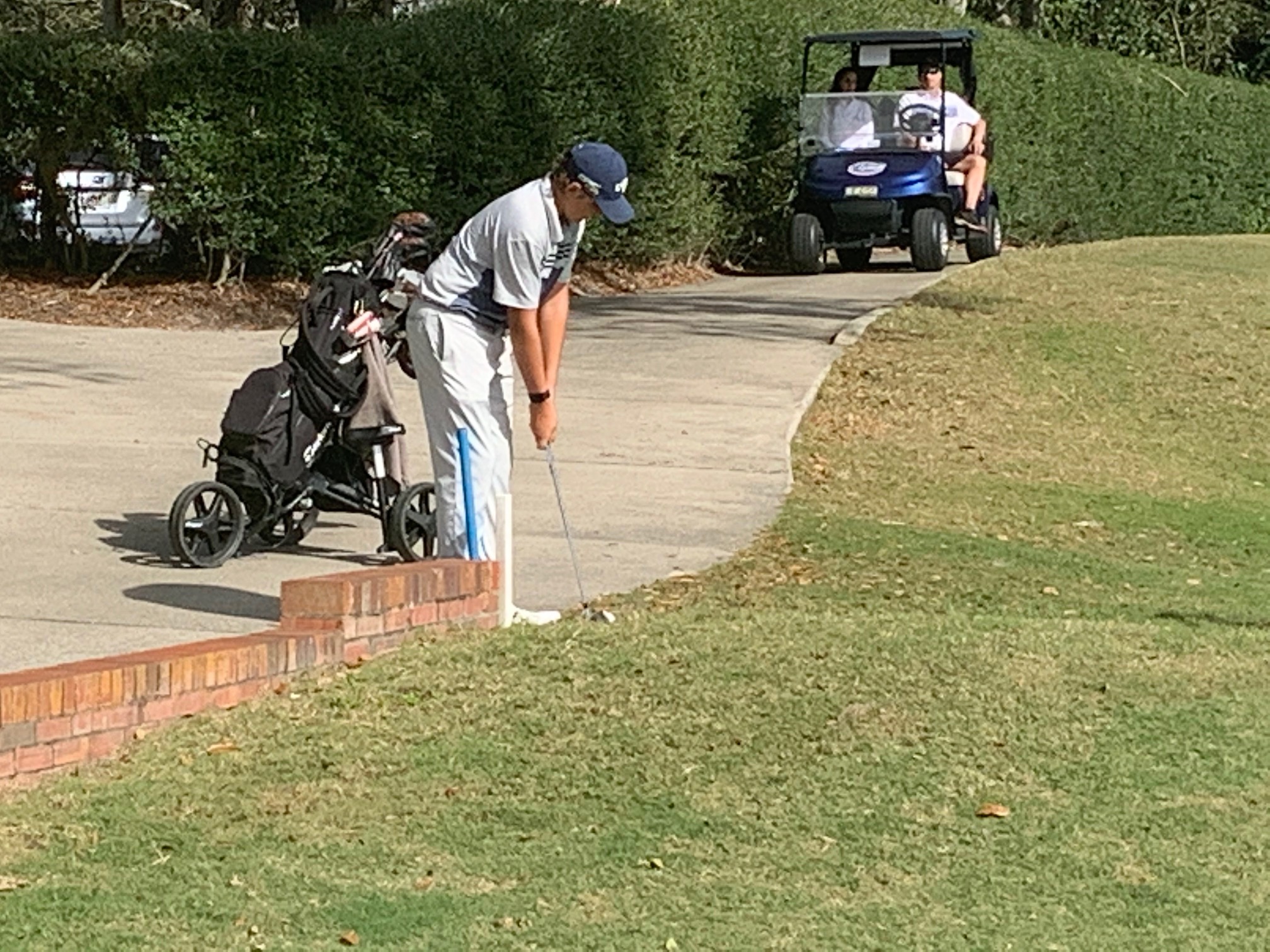 Written by: Darin Green, Senior Director of Rules and Competitions

The pictures to the right were taken after the player received the ruling and figured out a way to play the shot.

My answer to his question was “regrettably you may not move the stake and you are not entitled to free relief from the cart path or brick wall.” The player figured out a way to play the shot and hit a great chip on to the green giving him a good chance to save par. If he was unable to play a shot, his other option was to take unplayable relief with a one-stroke penalty.

The reason he was not able to move the out of bounds stake is because the definition of “Boundary Objects” states that free relief is not allowed from artificial objects defining or showing out of bounds such as walls, fences, stakes and railings. The Local Rules for that tournament stated that the brick wall and edge of the cart path defined out of bounds making them a boundary object.

Additionally, you are not entitled to free relief from objects that are out of bounds (like the cart path in this case).

He could have moved the blue stake because it was not a boundary object, but decided it was not in his way.

A change to the Rules beginning in 2019 is that if he would have moved the out of bounds stake he would not be penalized two strokes if he replaced the stake to its original position before playing the shot.