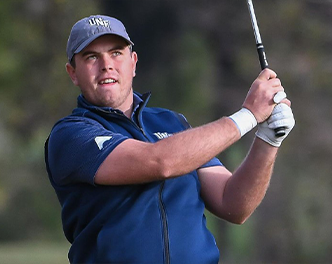 TAMPA, Fla. – It is a moment that so many had imagined. Walking off the 18th green and being greeted by teammates, coaches, family and friends. This moment would be a culmination of the last four years of hard work.

But this year, college seniors around the country didn’t get that moment.

On March 12, the NCAA announced the cancellation of all winter and spring NCAA championship events in response to the global coronavirus pandemic.

“When I first heard they were canceling all NCAA Championships, I knew our season was over,” Michael Mattiace, a senior at the University of North Florida, said. “I guess you could say I wasn’t ready for it.”

Mattiace and his teammates had hoped that their season would end in Arizona at the NCAA Championships in early June. Last season, the Ospreys captured their conference title and advanced to the third round of the NCAA Championship, aiming to move on to match play this season. 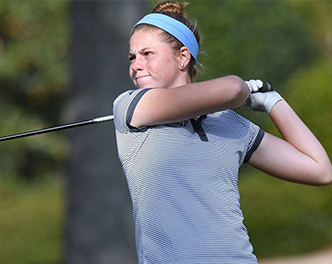 But instead, their season suddenly came to an end, three months early. With the NCAA announcement, the college golf season ended, along with all other spring sports.

“Everything happened so quickly and I never thought all of this would escalate to this degree,” Sydney Shrader, a senior at the University of North Florida, said.

Her last tournament as an Osprey turned out to be the lone home event on the schedule, the UNF Collegiate on March 9-10. Shrader earned a top-20 finish and helped lead the squad to a team victory.

“I’m happy to say I finished my college career with an even-par round and a team win at our home tournament,” Shrader said.

Haydyn Gibson, a senior at Tulane University, received the news while at the course with her teammates.

“Being a senior, I felt as if a part of me was torn away,” Gibson said. “Although I do not have plans to pursue golf after college, I still looked forward to three more months of competition.” 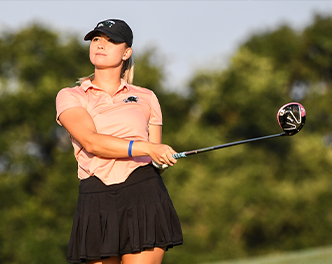 When she saw that the American Athletic Conference, the conference Tulane competed in, announced its cancellation, it sunk in for Gibson that her college golf career had come to an end.

While Gibson’s senior season may have come to an abrupt end, it does not tarnish the memories and experiences that she has had because of the game.

“I am forever grateful for the FSGA, Tulane and golf for all of the great memories and people I have met,” Gibson said. “Golf will always be a part of me and I know it has shaped me to become the person I am.”

No one could have predicted that this was the way that their college career would come to an end, including Hannah Berman.

“The sense of an actual closing of a chapter, the finality of all we have worked for over the last four years had been taken away,” Berman, a senior at Jacksonville University, said.

Although Berman didn’t realize it at the time, her final collegiate round came at the course where she had learned to play the game 14 years ago. It was an “ironic” ending, as her father, Mark described it. It was the first time that JU and Berman had played in the UNF Collegiate at Jacksonville Golf and Country Club. 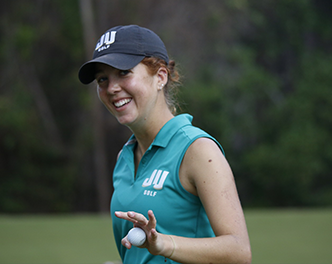 “We each individually know all we had to do to reach this point,” Berman said. “Through all of the long days and nights, we have all exponentially grown as athletes, teammates and people.”

Although their seasons were cut short, it does not take away the lifelong memories and friendships that these four, as well as all the seniors out there, made.

It does not take away the hard work and determination that they have learned from the game of golf.

It does not take away the lifelong values that has been instilled in them.

And it does not take away the successful and triumphant careers that they had as student-athletes.

“It has been a true grind but I, as well as most of us, wouldn’t have traded it for anything,” Berman said.