After 24 years, the 103rd State Amateur will make it's return to one of the most iconic venues in the State - Black Diamond Ranch

Sometimes, the best things have to be waited for. The long awaited Florida Amateur Championship at Black Diamond Ranch will have to wait just a little bit longer. The club was set to host the 103rd Amateur Championship this year on June 25-28, twenty-four years after Steve Carrington (Bradley) hoisted the Clarance Camp Florida Amateur Trophy in 1996. But due to the COVID-19 pandemic, the event has been postponed to December 17-20, after the fall golf season for high school and college golfers. 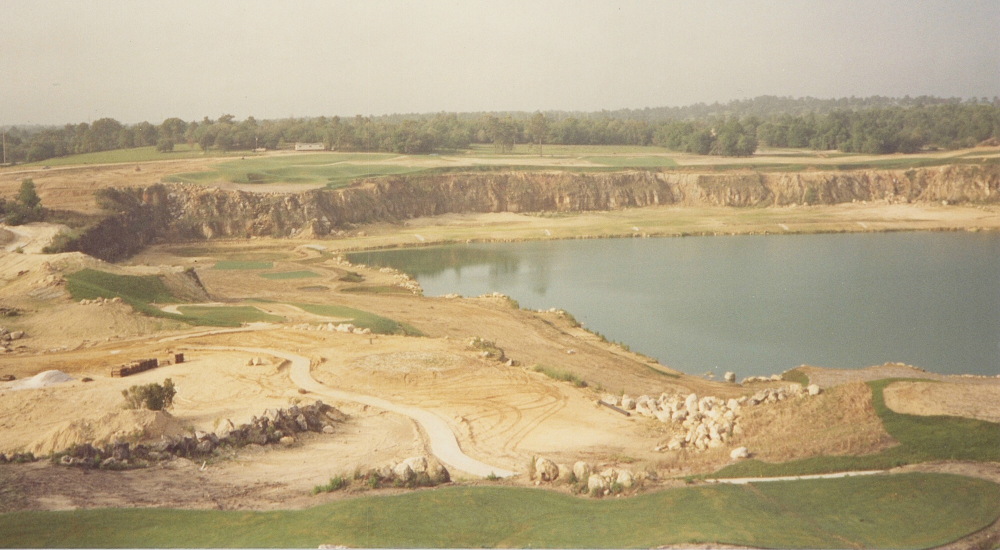 Black Diamond Ranch is one of the most iconic and recognizable golf courses in the Florida landscape. The picturesque and stunning forty-five-hole facility, is rooted from a name and vision going back to the 1930s. Before the famed Quarry holes existed, the land “Black Diamond Ranch” was owned by a Largo based, citrus farming and packaging company in the 1930s & 1940s. They dubbed the land Black Diamond Ranch, after Black Diamond grapefruits.

Fast forward a couple decades to when developer Stan Olsen fell in love with Citrus County and the rolling terrain, untouched beach fronts, crystal clear springs, and rivers flowing into the Gulf of Mexico. In the early 1980s, he sought out land to develop home sites and two world-class 18-hole championship golf courses.

Olsen, dedicated to excellence, and with a grand vision selected world renowned architect, Tom Fazio to build out his vision. He was quoted charging Fazio with the mission of, "Build the best golf courses in the world, and I’ll figure out where the homes go.”

One of the first, and most important developments, to both the golf course and housing development planning, was the use of two unsightly and abandoned limestone quarries. These were on undeveloped land, that was not suitable to build houses and an eyesore from housing development. However, Fazio was able to incorporate them into the property's first golf course, “The Quarry” and create a stretch of five dramatic, majestic and picturesque holes.

After a few years of development, Olsen’s vision came to fruition in December 1987, with the opening of the Quarry Course. The course immediately debuted to great acclaim. Cracking the Golf Digest Top-100 List, the Quarry Course was ranked third in Florida behind only Seminole Golf Club and TPC Sawgrass. The Ranch Course also garnered many recognition from Golf Digest and Golfweek, putting the community on the map with the two eighteen-hole designs, along with the complimenting “Highlands Nine." This nine can be played on it's own, or with the front nine of either the Ranch or Quarry Courses, giving members two additional eighteen-hole layouts.

The rescheduled 2020 Amateur Championship in December, will be the club’s third time hosting the Florida Amateur. The 1991 Amateur was captured by former U.S. Amateur Champion and then Florida Gators Men's Golf Coach, Buddy Alexander. Five years later, the Amateur made another stop at Black Diamond in 1996, and was captured by one of Alexander’s players, Steve Bradley.

In the 24-year absence from the Florida Amateur rotation, Black Diamond has hosted many major events:

Throughout the years the club’s membership and management have been great contributors to the professional and amateur game. The course will be sure to provide a challenging but picturesque test to the top players in the state when they return here in December.