TAMPA, Fla. – There were many differences between Buddy Alexander’s and Steve Bradley’s wins at the Florida Amateur Championship. 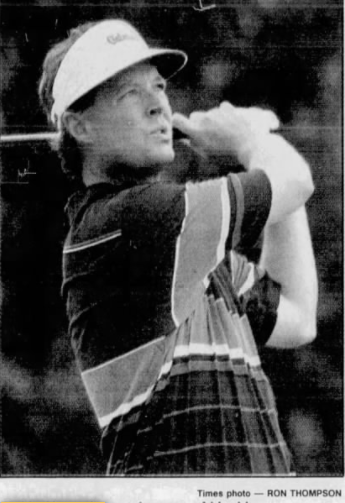 Alexander was a U.S. Amateur champion, the head coach at the University of Florida and two years shy of his 40th birthday.

Bradley was a walk-on at Florida State University, where he had just finished his sophomore year, and eight months away from his 21st birthday.

But while there were differences in their wins, there were two things in common.

One, when they stepped up the 16th tee in the final round, they felt one emotion.

And the other? They both raised the trophy at Black Diamond Ranch.

Alexander hoisted the Amateur trophy in 1991, while Bradley was victorious just five years later in 1996. This year, Black Diamond will again crown a champion, the 103rd Amateur champion.

For the first time in 24 years, the Amateur Championship will head back to Black Diamond Ranch in Lecanto. The Citrus County course opened in 1987 and is a Tom Fazio design famous for five holes on the back nine that are carved out of an old mining site.

“Just looking back at the names that have won and thinking back to it all, it brings a smile to my face and sense of pride,” Bradley said.

One hundred and sixty-eight amateurs will travel to Lecanto in December, just like Alexander and Bradley did more than 20 years ago. The field will feature mid-amateurs, like Alexander, junior golfers, senior amateurs and college players, like Bradley.

When Alexander made his way to Black Diamond for the 1991 Amateur, he was confident. He had won the U.S. Amateur Championship in 1986, competed in the Masters, U.S. Open and the 1987 Walker Cup.

Not only did Alexander bring his amateur success that week, but he brought extensive course knowledge. Alexander, the head coach at UF, would take his Gators down to play Black Diamond once a week.

“I felt pretty confident because I had played the golf course a lot and I was playing pretty well at the time,” Alexander said. “It is definitely one of my favorite courses in Florida and it always has been.”

He knew where his lines were on the course and he could look past the spectacular views on the back nine, something that is easy to get caught up in.

Bradley made the short drive over from his family’s home in Ocala in 1996 for the Amateur. He had qualified for the championship earlier in the summer at Golden Eagle Country Club in Tallahassee, while taking summer classes at FSU.

Coming off a successful college season, Bradley felt he was playing alright. He had played in every event that season for the Seminoles, as they advanced to the National Championship. Like Alexander, Bradley also had some familiarity with Black Diamond, having played the course a few times.

“It is two completely different nine holes, which makes it really unique,” Bradley said. “I remember the way that the 16th and 17th played, you had to survive those holes.”

Bradley, who came into the week as an unlikely choice to win, posted rounds of 74-70 to start off the 78th Amateur Championship. He saved his best round for moving day, carding a 3-under 68 to take a one-shot lead into the final round.

“I hadn’t been in that position before, to be honest with you,” Bradley said.

For Alexander, it seemed that his familiarity with the course paid off immediately. The Saint Pete native began the championship with a 5-under 67, including an eagle on the par-5 18th hole, to take the first-round lead.

“I’d say respect is a good word,” Alexander told the Tampa Bay Times after the first round. “This is the finest golf course in the state. Not only is it in immaculate condition, but the quarry holes are something special.”

In the final round, Alexander came to the 16th hole with a two-shot lead over Jon Whittemore. A bogey for Alexander and a par for Whittemore, cut the lead down to one shot with two holes left to play. Both players finished the 17th with a par and headed to the 72nd hole of the championship.

Alexander pulled his second shot into the bunker and was left with an awkward and difficult shot from about 60 or 70 yards.

“I figured if I could just get it on the green and make par, that would make it tough for him to make birdie,” he said.

He did one better than par though. Alexander hit a sand wedge on to the green about eight feet from the hole. It was the shot of the tournament. He rolled the putt in for a birdie to secure the victory at 74th Amateur Championship.

“I’m a native Floridian, so it was a pretty cool deal to win in my home state,” he said. “Even though I hadn’t lived there for a long time before I moved back in ’88, it was a very gratifying win.” 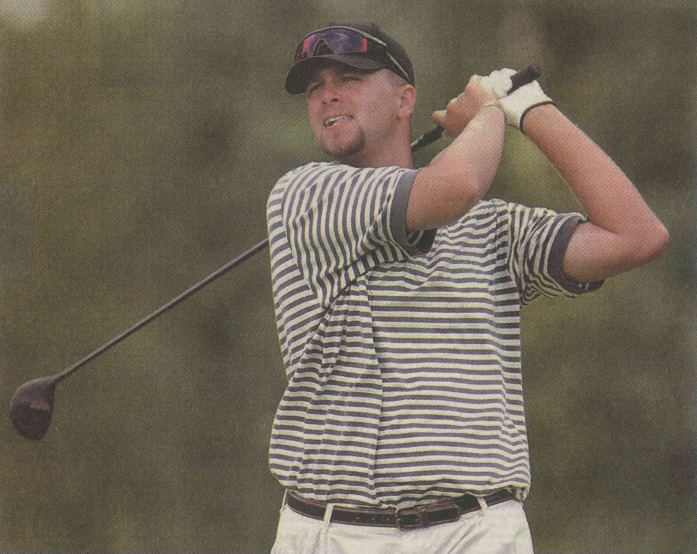 Like Alexander, Bradley headed to the 16th tee with a two-shot lead in the final round. Just the day before, Bradley had suffered a triple bogey there and had played the quarry holes at 6 over the previous three rounds.

“My sole goal was to hit the ball where I could find it,” Bradley said. “I just remember standing up there and saying whatever happens, happens.”

He blocked out everything that had happened the previous day and finished with a par. While the tournament was by no means over, Bradley made a good shot and executed on a hole that had given him constant problems throughout the week.

Bradley used two pars on the 17th and 18th to earn the win and add his name to the Amateur trophy.

“I was kind of in awe,” Bradley said. “I was just proud of everything that led to that particular moment.”

“Not only did I have a lot of joy in it, but a lot of people that helped along the way got a lot out of it too. As I look back, that’s probably what I have the most satisfaction about.”

He will return to the spot of his Amateur victory this year, again as a competitor. The current University of South Florida head men’s golf coach will return to competitive golf for the first time in almost a decade this December.

Bradley’s guidance to his fellow competitors at this year’s championship is the same that he tells his players.

“Stay in the present,” Bradley said. “You are playing four rounds of competitive golf and anything can happen. I opened with a 3-over round and was able to come back and win.”

He’ll be telling himself the same thing when he steps up to the first tee.

As for Alexander, he had one piece of advice for the players at this year’s championship.

“Keep it out of the quarry.”