Hickory Golf: A Glimpse Into the Past 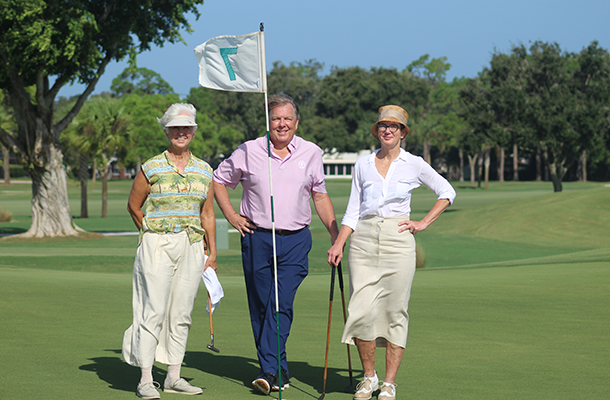 TAMPA, Fla. – You are standing near the first tee as a group is ready to begin their round. They are wearing knickers and tweed caps, and one of the players takes back his hickory club for a practice swing.

A hundred years ago this would have been a very normal sight. In 2021 though, it is somewhat of an odd one, except to those who have taken to playing hickory golf.

In a game that is becoming more modern and technical, hickory golf has become a way for these players to celebrate the history of the great game they love.

The Florida State Golf Association reintroduced hickory golf to its membership in 2020. In conjunction with the Florida Hickory Golfers, the FSGA set forth to offer hickory golf opportunities to its membership and to the golfers of Florida. Along with playing opportunities throughout the year, the FSGA will host the inaugural Florida Hickory Open in May.

“Since 1913 the mission of the FSGA has been to preserve and protect the game of golf,” Kevin Hammer, FSGA President, said. “What better way to preserve the game than to protect and promote a style of play that was prevalent for hundreds of years.”

The origins of modern hickory golf can be dated back to the 1970s in the United States, growing out of so-called “hickory hacker” events held in conjunction with annual meetings of the Golf Collectors of Society (GCS).

The GCS was founded by Joe Murdoch and Bob Kuntz to share their passion for golf history and the game’s collectibles and memorabilia. As the Society grew, it began to hold annual meetings across the Unites States. Eventually at these meetings, a few collectors wanted to try hitting the old wood-shafted clubs they had been trading and these “hickory hacker” events evolved into annual GCS golf championships.

After realizing the growth of hickory golf, it was decided to create the Society of Hickory Golfers in 2000. Its role would be to help popularize the sport, provide guidelines and rules for hickory golf tournaments. 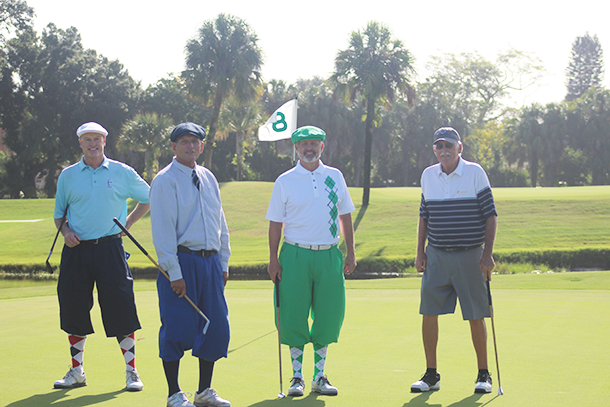 From then, hickory golf has become increasingly popular across the country with players getting unique looks at some of the country’s oldest courses.

“There are a lot of courses still in existence that haven’t changed that much from its original layout when hickory clubs were played,” Stevens said. “It makes it a lot more interesting when you can go to a course and play it the same way people played it 100 years ago.”

Hickory golf not only offers players a unique challenge, but it also provides a community to those who play, like Florida Hickory Golfers.

Florida Hickory Golfers is an association that was formed in 2010 by Koby Kirchoff and Mike Stevens, when they hosted their first event. It has grown steadily since then, as it has gathered hickory players from across the states and introduced newcomers.

Designed in 1926 by Donald Ross, Sara Bay Country Club underwent a renovation in 2018. The goal of the restoration that began in April 2018 was to bring back some of the Ross features that had been lost over time.

When Ross designed the course almost 100 years ago, it was designed for hickory players. So when competitors tee it up at the Sarasota course in May, they will get a rare glimpse into the past and how the game was played all those years ago.

“It is really like playing 100 years ago,” Stevens said. “Some of the great golfers of the past played there. To think, I’m hitting a shot that Bobby Jones could have hit from a couple hundred years ago is pretty cool.”

Entries for the Florida Hickory Open close on Wednesday, May 5. Amateur and professionals from around the country are welcome, learn more information here.