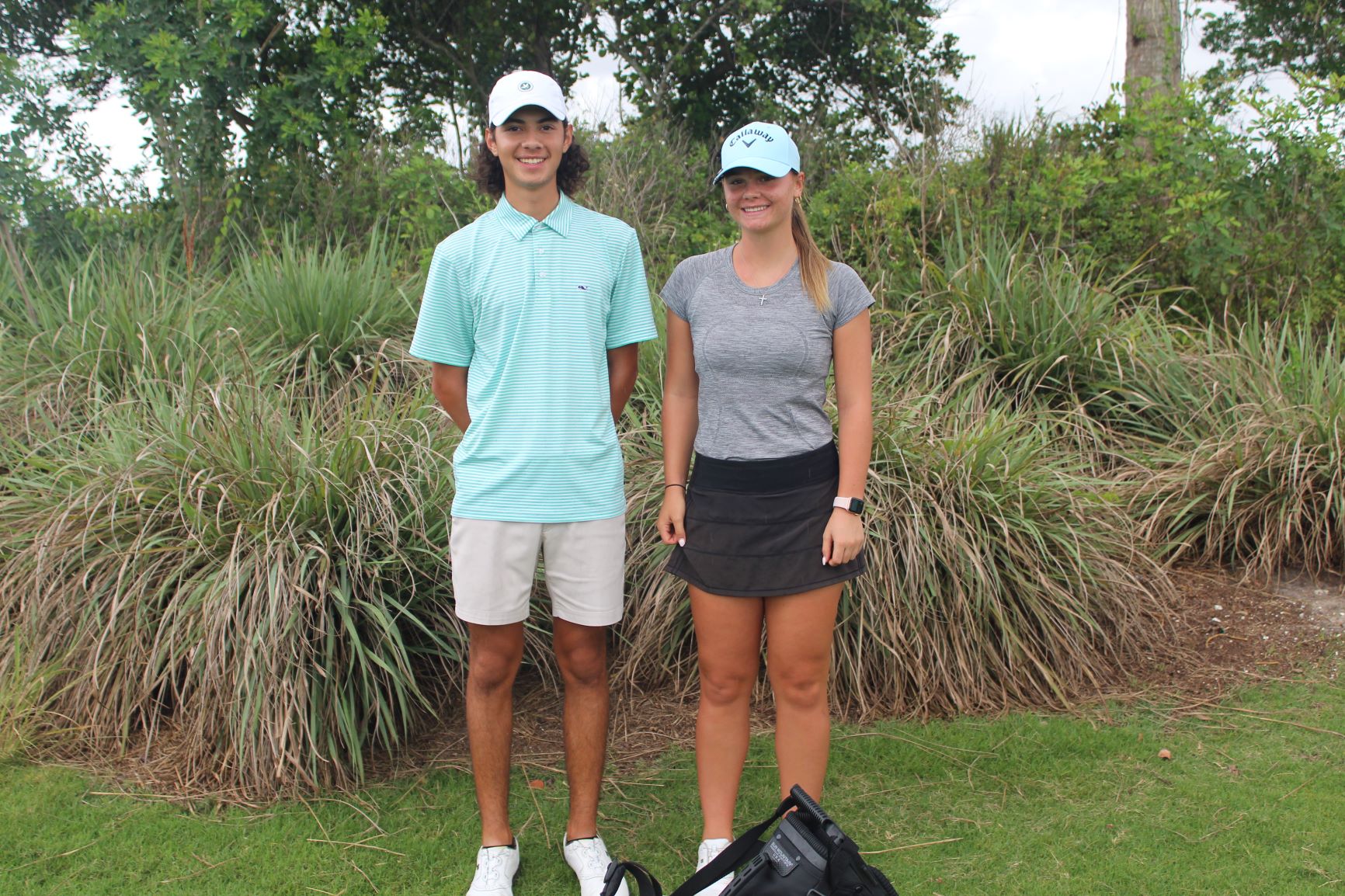 Red numbers highlighted the top three on the leaderboard after round one. Gabriel Hegerstrom, of Parkland, carded three birdies on the back-nine to finish three under-par and take the lead by one stroke. Hegerstrom is looking for his second FJT victory, after winning his first FJT event in 2018. Tyler Donnellan, of Vero Beach, and Andres Barraza, of Parkland, tied for second at two under-par 70.

Andres Barraza played consistent golf in round two and climbed up to first place to secure his second FJT win of this year. Turning at two under-par, Barraza finished the day with a second score of 70 to capture first place by two-strokes at four-under 140 and earn back-to-back FJT wins. Donnellan finished round two at even-par to tie James Hassell and Justin Ross for second place at two under-par 142. Vero Beach resident, Hassell, posted a front-nine score of 33 to finish with a 70 to tie for second. Ross, of Boca Raton, played impressive golf in round two, carding three birdies to finish with a 3-under 69. The tournament low round of 68 came from Alex Heard, of Boca Raton, who finished in fifth place.

Brooke Oberparleiter captured a wire-to-wire victory in her first FJT event played. In round one, the Jupiter resident posted an eagle on the par-5 third hole to take the lead by one stroke with a 74. Sabree Lefebvre and Kyrsten Shawah tied for second place at three over-par 75 while Nicole Yugay, who posted an eagle on the par-5 10th hole, finished two strokes back in fourth place.

Oberparleiter did not lose sight of the lead with a steady second round of 75 to win her first FJT event at 5-over 149. Delray Beach native, Yugay, moved into second place with a round two 75. Tied with Yugay, in second place, finished Sabrina Dami Kim, of Palm City, who posted a final round 74 to finish at 7-over 151.