TAMPA, Fla. – When Matt Cahill was 10 years old, he asked his mom and dad if he could start playing golf. He had caught a few glimpses on TV, was intrigued by the game and wanted to learn.

Now, he looks back as the head professional at one of the world’s most prestigious clubs. Twenty years after asking his parents to start playing golf, Cahill was named head golf professional at Seminole Golf Club, taking the reins from the legendary Bob Ford. 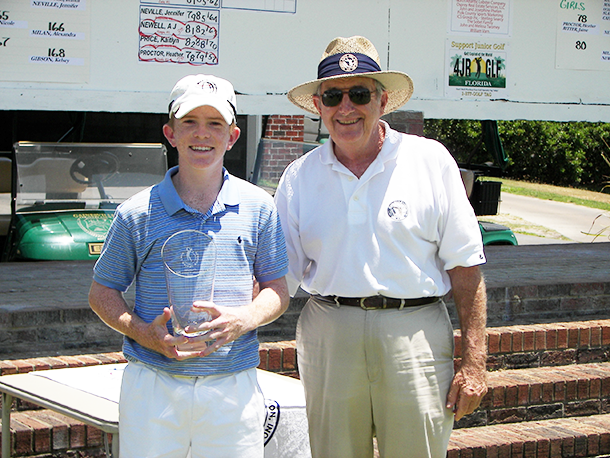 Cahill golf’s journey goes all the way back to the early 2000s in Delray Beach. After asking if he could pick up the game, Cahill’s parents took him to the local golf course to learn. He took an instant liking to it and soon began spending his days at the course.

He played a lot of other sports growing up, but his love for golf was there from day one.

“My dad would drop me off in the morning and pick me up on his way home from work,” Cahill said. “I got the golf bug and ever since I’ve love it.”

The course he learned the game was The Links of Boynton Beach, where he took lessons from Dan Hager, the club professional. As his game started to progress, his dad encouraged him to go play in some tournaments down in Palm Beach Country and around the state.

He played in over 20 events with the FSGA as a junior golfer, taking home a win and a number of top finishes on the Florida Junior Tour. Cahill also teamed up with two other players to win the Junior Team Championship in 2007.

But more important than the tournament results were the friendships and relationships that he made along the way.

“There’s still kids that I played with when I was 13 years old that I talk to every week.”

Not only did he make lifelong friendships in junior golf, but Cahill also learned lessons that he has kept with him and leans on to this day.

“You learn how to really deal with adversity,” he said. “You come across so many challenges, learn how to handle it and prevail.” 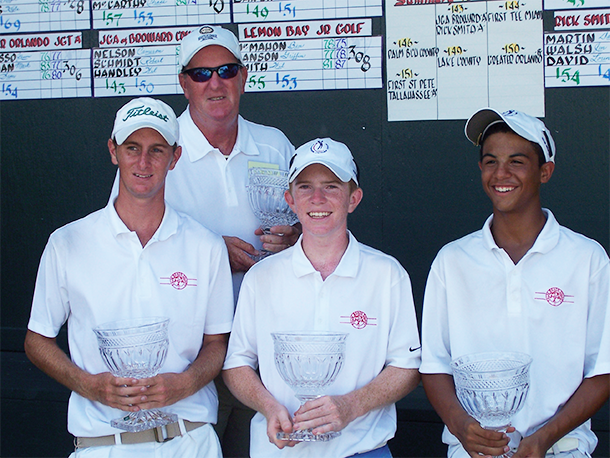 When it came time for college, Cahill had a decision to make. He had a few chances at playing golf in college with the possibility of turning professional after college. Or he could choose a different route and attend Florida State University and complete the Professional Golf Management program.

The other direction he chose was heading north to Tallahassee for FSU and their PGM program. The Professional Golf Management program is a major in which student can become a class “A” golf professional with the PGA while obtaining a business degree.

The PGM program offered Cahill the opportunity to acquire business and hospitality skills along with hands-on experience. At the time, FSU was one program of only 20 accredited nationwide by the PGA.

“It gave me a good balance of school and still being able to apply my major every day throughout college,” Cahill said.

A large part of the program was the work experience that they got throughout the four years. Each student was required to complete 16 months of internships with the program.

Cahill’s first internship was at Shoal Creek Country Club up in Birmingham, Alabama. He had played in the U.S. Junior Amateur Championship at Shoal Creek back in 2008 and loved the course. The Delray Beach native reached out and asked about the possibility of working there.

The club agreed and he headed to Alabama and got six months of experience at the end of his freshman year. 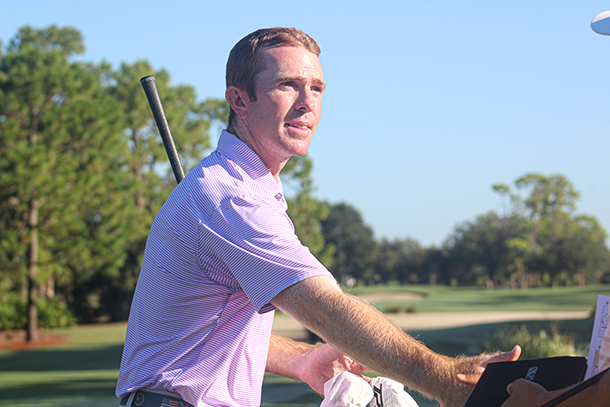 Back at FSU, Cahill met Bob Ford’s son, Jay, who was a year behind him in school. Through Jay, Cahill got to know Bob as well. When it came time for another internship, Cahill applied up at Oakmont Country Club, where Bob had been the head professional since 1979.

At the end of his junior year, Cahill made the trip to Pennsylvania to work at the historic club. Oakmont Country Club opened in 1903 and is considered to be one of the best clubs in the United States, having hosted nine U.S. Open Championships and this year’s U.S. Amateur Championship.

“You have to pinch yourself every day. You’re at one of the best clubs in America,” Cahill said. “I can’t even put it into words. I lived in the clubhouse. I was there all the time.”

In his time at Oakmont, Cahill worked 40 hours a week and could play as much golf as he wanted. He spent his time organizing groups for play, taking care of the caddies and making sure the golf experience was at the highest level that it could be for the members. The goal was to give members the most seamless experience from start to finish.

"I really got the bug, not just to play golf, but to be around golf and to work in the golf business. I owe a lot to it.”

When asked how often he played the course while interning up there, Cahill laughed and said about 50 times in the span of six months.

Cahill graduated from FSU in December 2013 with a degree in Finance and PGA Golf Management. Following his graduation, he was offered a full-time job with Ford at Oakmont.

“I knew I wanted to work for Bob. He was the legend in the business and had the best network,” Cahill said. “I would have done whatever I had to do, whether it was sweeping the floor, painting the golf shop, I was going to work for him.” 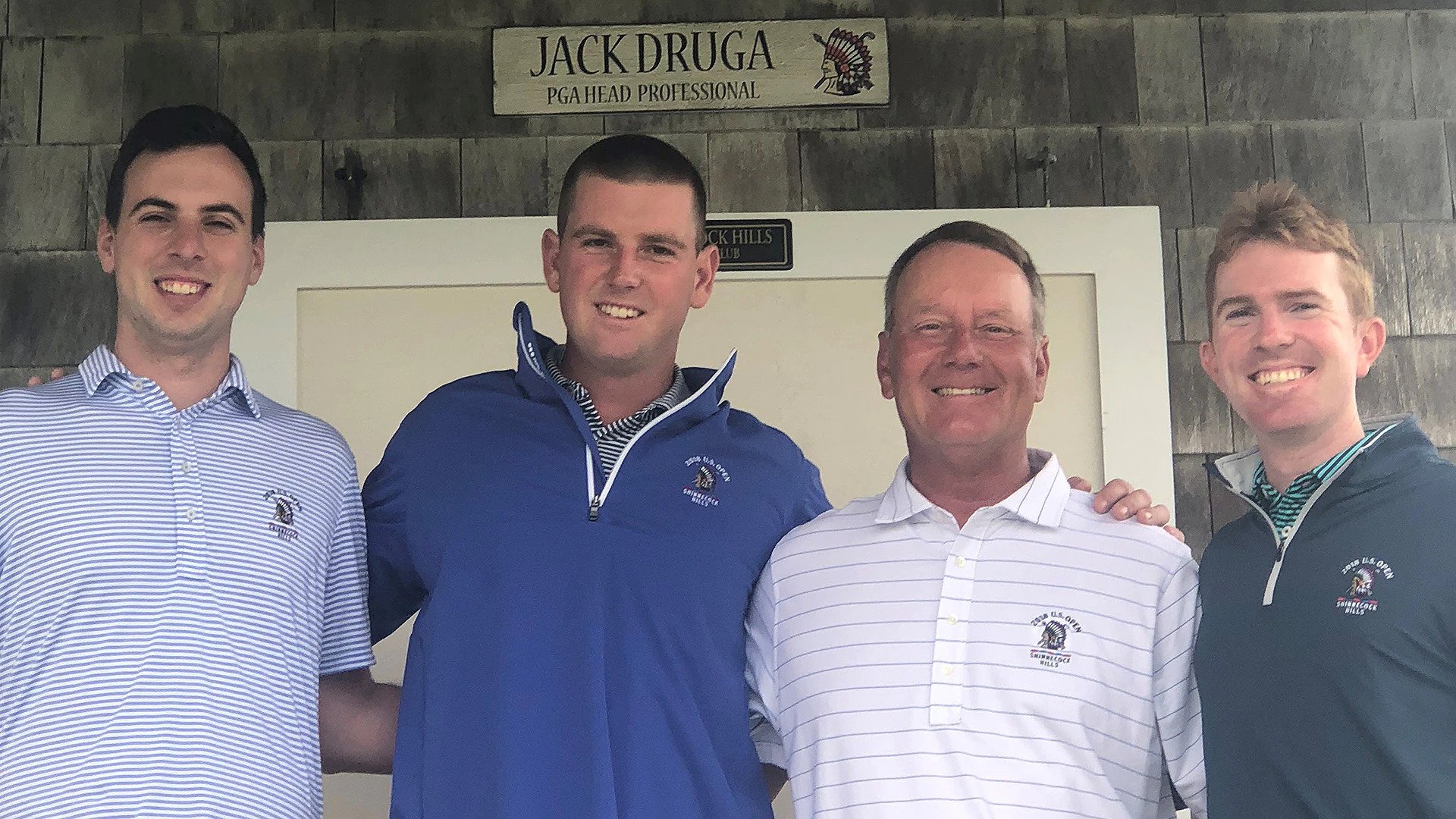 Before he headed up to Oakmont for the summer, Cahill spent the winter working for Ford at Seminole Golf Club. At that time, Ford’s team was spending six months down south at Seminole and six months up north at Oakmont.

So fresh out of college at 22 years old, Cahill began working at two of the top clubs in the country with the best in the business, getting the kind of experience that some can only dream of.

“I never wanted to take it for granted. You just watch Bob do his daily activities and try to emulate him the best you could,” Cahill said. “If you did your job half as good as he did, you were successful.”

After spending a year at Oakmont, Cahill headed to The Kittansett Club in Massachusetts for two years. Then one of Bob’s former assistants, Jack Druga, had an opening on his team at Shinnecock Hills Golf Club in New York. Cahills spent three years working at Shinnecock, with the club hosting 2018 U.S. Open Championship while he was there.

Throughout all of this time, Cahill continued to travel down south to work at Seminole in the wintertime, where Ford was winding down his time at the club. Ford had already retired from Oakmont back in 2016 and was looking to retire from Seminole after the club hosted the 2021 Walker Cup. 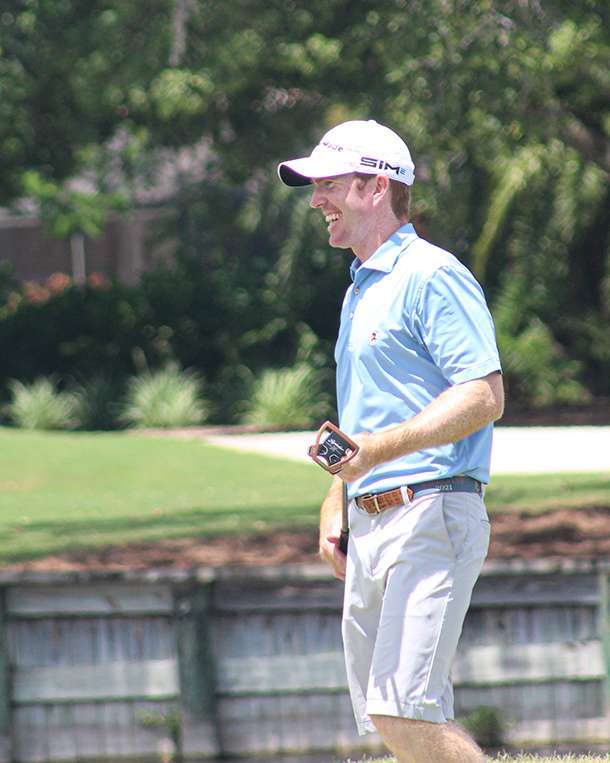 This meant the club was on the lookout for its next head golf professional.

“The job at Seminole wasn’t even really on my radar,” Cahill said. “I would have loved to have it and it was a dream of mine, but I didn’t think anything of it.”

While Cahill didn’t have his eye on the job at Seminole, the club had its eye on him.

It was announced on March 27 that Cahill would be taking over for Ford at Seminole. Cahill says it still hasn’t even hit him yet.

It hasn’t even been six months since he was named the head professional at the premier South Florida club. Seminole opened its doors in 1929 and in the club’s 90-year history, there have only been eight head professionals before Cahill.

“To see Claude Harmon, Jerry Pittman and Bob Ford as the three professionals that were in front of you, I’m the only one on the list that I’ve never heard of,” Cahill said. “It’s pretty amazing.”

Just before Cahill officially took over the reins, the club hosted the 48th Walker Cup Match. The course proved to be a great test for the competitors, with the United States coming out on top, 14-12, to win its third consecutive Walker Cup.

When asked about his favorite memory in golf, Cahill said the Walker Cup will be a hard one to top.

“It was special to be surrounded by the members of the club and my family during the event and to watch it unfold,” he said. “It was a real team effort to make it happen and something I’m extremely proud of.”

Cahill has been easing into the new job with the club being closed for the summer. He comes in five or six days a week, taking care of some office things and getting things set for when the club reopens.

While these first few months have been slow, Cahill has a clear vision for what he wants to accomplish going forward.

“I wake up every day and just say, how can I be the best I can be today to try to even come close to what these pros before have done.” 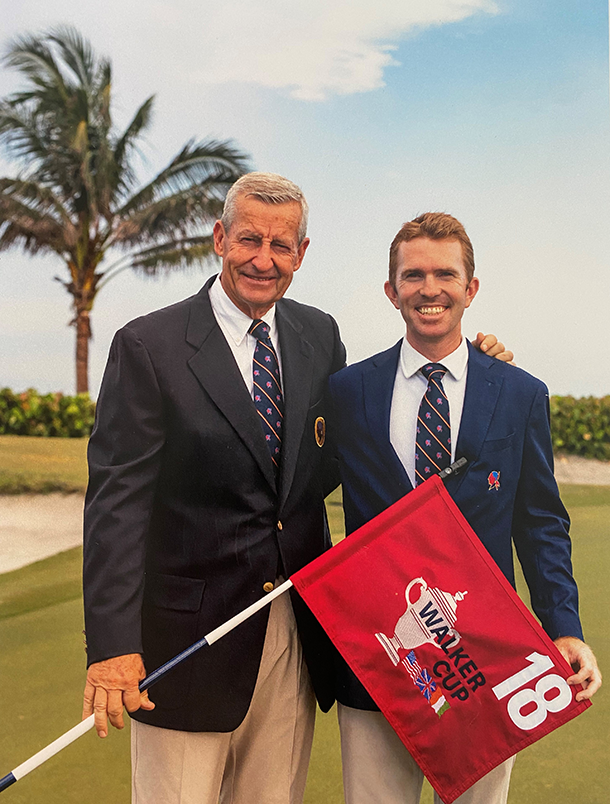 The top of his list his to show members a great experience when they come to the course. Cahill also wants to be for his assistants what Ford was for him and help promote them to great jobs of their own. His main goal is to give back to the game that has given him so much.

“I just want to do the best job I can do, and I think if I do that, I will be successful and have a great career,” he said.

Once the club opens for the season, his day-to-day life will include teaching a few lessons a day and playing every day, if he can, with members. He’s the figurehead of the club and will be out there greeting guests and making sure that everything is running at a high level.

He knows it is a lot of responsibility to carry on the legacy of the club, but it is something he is ready to do. He will aim to keep Seminole moving in the direction that it should be moving.

Cahill has also recently made his way back to the Florida State Golf Association, competing in the Florida Open Championship. He was exempt into this year’s championship and made the cut, finishing inside the top 45. With the club being closed in the summer, it allows Cahill to get back into competitive golf in the summer months.

Being involved with golf for more than 20 years, the game has given Cahill so much in his life. When asked about his biggest takeaway from the game, he was quick to say it all comes back to the relationships.

“You make relationships that you will have for the rest of your life,” he said. “I think that’s the greatest thing about golf.”

He will continue to grow and create those relationships in his new role at Seminole.

As a kid, Cahill would spend countless days at the Links of Boynton Beach. As an adult, he will do the same, but at the famed Seminole Golf Club.