Wong and Stone Win Near Home 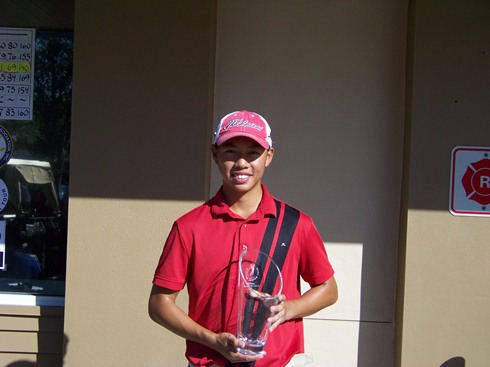 The Florida Junior Tour visited the IMG Academies Golf & Country Club in Bradenton for the first time in its eight year history and two local players came out on top in this 16-18 age division tournament.

Qiwen Wong, who is a student at IMG and playing in his first FJT event, shot a 71 (-1) in the first round which left him tied for the lead with Luis Gagne. In the final round Wong pulled away from Gagne by making birdies on 3, 4, 7 and 9th holes and turning with a 33 on the front nine. On the back nine he cruised in with an even par 36 for a 69 on the day (-3). His four under par total of 142 was good enough for a two shot victory. 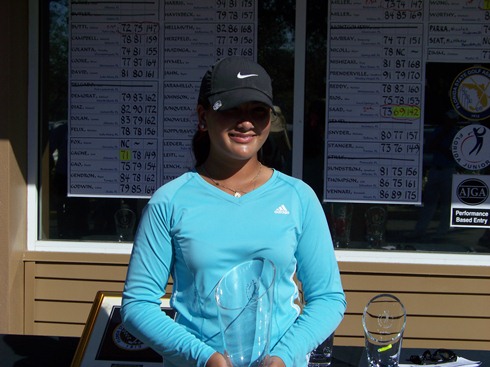 Eleven year old, Latanna Stone, of Valrico, has won several times in the younger age division which allows her to compete in the 16-18 age division who play longer and tougher golf courses. In the first round Stone shot a two under par 70 which turned out to be the lowest round of the tournament. She took a three shot lead into the final round and held the lead with a 75 on Sunday. Stone made birdies on the 3rd and 13th holes in route to her first victory playing in the 16-18 age division.

Emmy Martin, of Odessa, shot a 71 in the final round which launched her into second place, two shots back of Stone and for her best FJT finish to date. Lucy Robson and Kristine Odaiyar finished tied for third place with tournament totals of 152