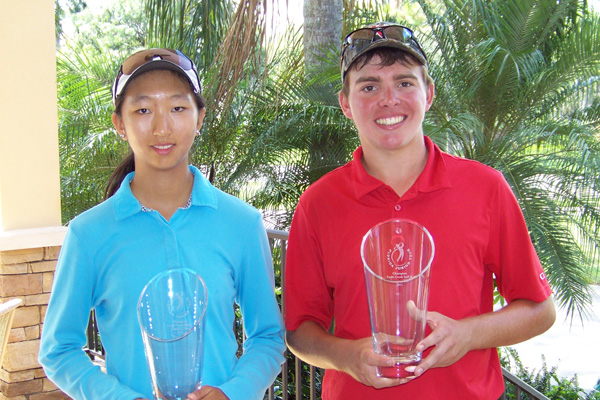 Bradley Wonka, of Vero Beach, overcame a three stroke deficit to capture his first career FJT title. Wonka posted a first round three-over par 75, to trail the first round leader by three strokes.  In the final round Wonka recorded the low round of the tournament in the boys division, with a round of one-under par 71, to secure the victory by one stroke.  Philip Knowles, of Bradenton, and Youxin Wang, of Sarasota, finished tied for second place with a tournament total of three-over par 147.