North Florida retains the Florida Cup for another year. 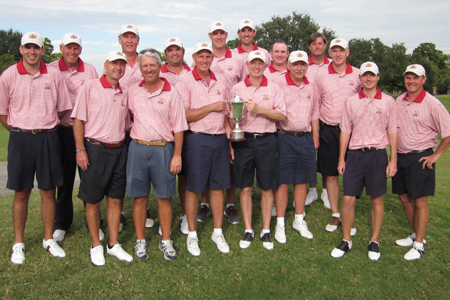 North Florida retained the Florida Cup defeating the South Florida team by a score of 18 ½ points to 13 ½ points, at Sara Bay Country Club in Sarasota. With this win, the North takes the series lead 5-3.

Held every two years, the Florida Cup Matches vie 16 of the top amateurs from North Florida versus 16 of the top amateurs from South Florida. Using a Ryder-Cup format, the winner is determined by the number of points earned throughout the two days. Players are invited based on their performance from the previous two seasons. Some automatic selections are based on the FSGA two-year point’s standings. In 2009, North Florida won the Matches 16 1/2-15 1/2 to take the series lead at 4-3.