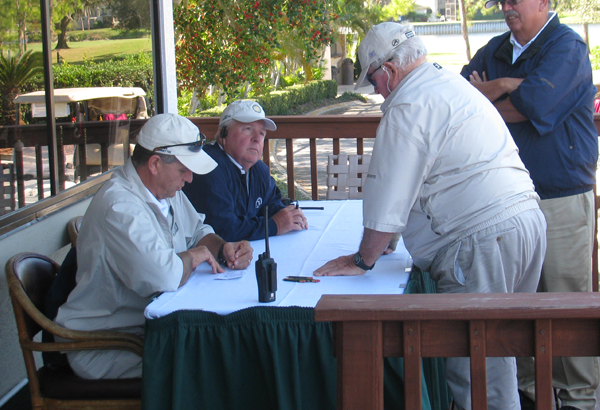 Peter Navaretta, of Port Saint Lucie, posted a tournament total of two-over par 146 to win the Regular Division by four strokes.  After posting a one-over par round of 73 in the first round, Navaretta found himself in a three way tie for the lead. Navaretta continued his solid play in the final round, firing another one-over par round of 73 to capture the title.  The 2010-2011 Regular Division points champion Michael Goldschmidt, of Lakeland, and Mike Nealy, of Boca Raton, finished tied for second place with a tournament total of 150.

In the Super Senior Division, Fred Allen, of North Venice, went wire-to-wire to win by two strokes. Allen fired a first round score of three-over par 75 to hold a one stroke advantage heading into the final round of play. In the final round Allen posted a round of five-over par 77 to capture the title.  Don Miller, of Fort Myers, finished alone in second place with a tournament total of 154. Ben Kenny, of Alpharetta, GA, finished in third place with a tournament total of 155.