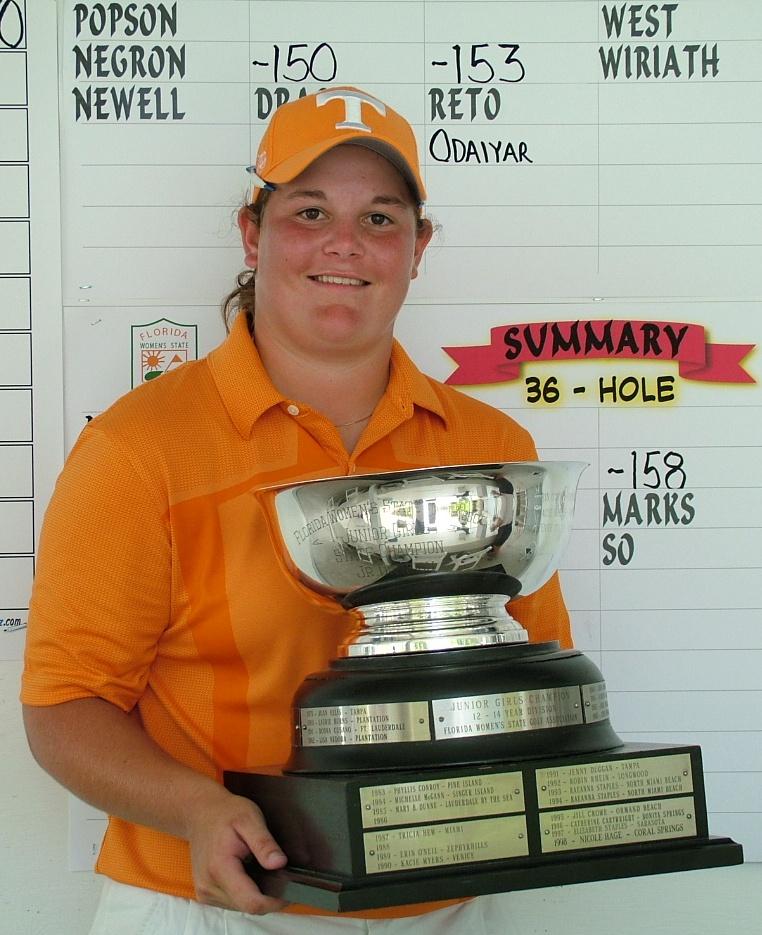 This week the USGA announced the selection of the final three players for the eight-person US Curtis Cup Team.  Erica Popson, of Davenport, Florida, was selected to the team that will compete in Scotland at The Nairn Golf Club, June-8-10, 2012.

Popson was an FJT multiple-time winner and the 2008 Florida Girl's Junior Champion.  She is currently a junior at the University of Tennessee where she has had her fair share of standout seasons.  She won the 2011 Southeastern Conference Championship and is the first collegiate player to come close to Lorena Ochoa's record of seven wins in a row.  Popson has gained medalist honors at four consecutive events.