Eight weeks of matches and Bluewater Bay emerges as the champions 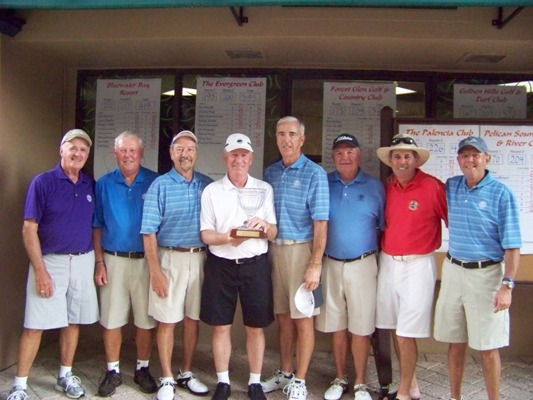 Bluewater Bay Resort earned 202 points in the first round to take a 12 point lead heading into the final round.  In the final round, Bluewater Bay was lead by Rolf Klam and his 41 stabelford points, to help his team finish with 217 points on the day, and a tournament total of 419 points to capture the title by three points. This is Bluewater Bay’s second Men’s Interclub Championship title after claiming the Inaugural Championship.  The Palencia Club finished in second place with 416 points, while the Defending Champions Wentworth Golf Club and The Evergreen Club finished tied for third place with 395 points.

The Men's Interclub Team Matches began in January and included six weeks of home and away matches, followed by regional play-offs and a State Championship at Grand Cypress Golf Club and Walt Disney’s Lake Buena Vista Course. Matches are played on Thursday afternoons and utilize full handicaps (18.4 indexes and below) featuring eight players from each team competing against another local club. All competitors play an individual 18-hole match and at the same time, play with a partner from their team in a four-ball match against two players from the opposing team (2-man, best ball).